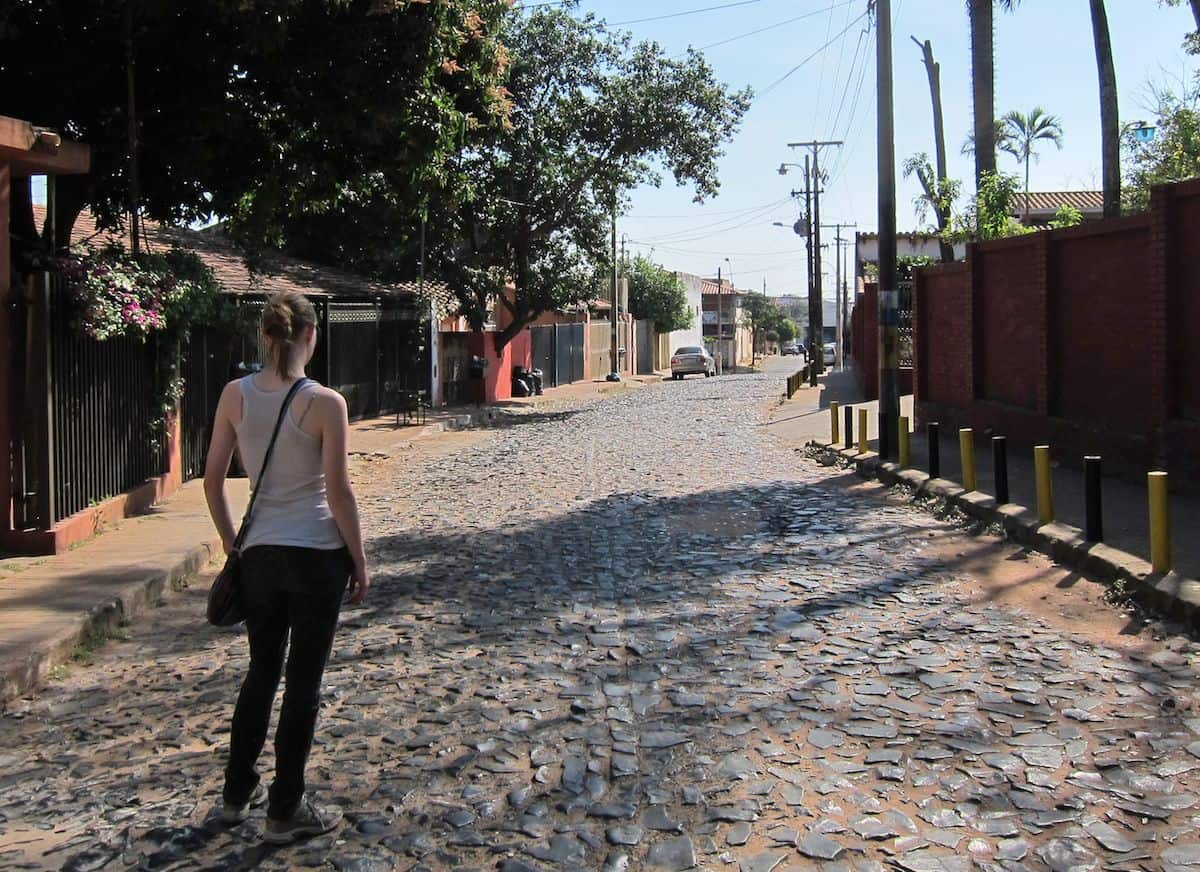 Paraguay is in the southern hemisphere and the country’s winter aligns with the North American summer and vice versa. Paraguay’s summer runs from October through April, and the season is hot; average daily highs during the summer are around 95 degrees Fahrenheit. From May through September, the winter months, the weather is cooler, but changeable. Winter temperatures typically range between about 42 and 71 degrees Fahrenheit, with July usually the coldest month of the year.

The majority of Paraguay’s population are considered mixed (mestizo) of Spanish and Guarani origin. There are also smaller communities from European and South American nations who have settled there, including Italians, Germans, Argentines and Brazilians, who have retained parts of their culture and language.

The official languages of Paraguay are Spanish and Guarani, an indigenous language spoken widely outside of Asunción. English is hardly spoken in Paraguay so you should at least know enough Spanish to find your way around. People are very friendly and helpful though a little knowledge of the language will go a long way.

As healthcare in Paraguay is limited, particularly outside of Asunción you should get a good health insurance before moving here. Adequate healthcare for basic medical problems might be found in Asuncion but any serious emergencies may require treatment abroad. So make sure your insurance will cover such a possibility.

If you come from a country that uses Euros or Dollars, your money will go a long way in Paraguay. With a favorable exchange rate the cost of living is extremely low and Asuncion has been ranked the most affordable city to live in for five consecutive years.

Education has not always received the recognition it deserves in Paraguay. These days this is changing as political stability returns, although the poorer children in more rural areas still are not reached by the same opportunities, especially in terms of hours per day at school. As a result 10% to 15% of them are still illiterate. So expats who move to Paraguay with children mostly choose to send their children to international schools in Asuncion.

There are no restrictions for foreigners to buy land, unless you are Brazilian, Argentine or Bolivian trying to buy land along the border. As Paraguay has a strong agricultural and livestock economic activity in the country exporting a high amount of beef, as well as other food products and most of Paraguay has very fertile soil owning land and growing your own produce and cattle can be a way to make some money while living in Paraguay.

In Paraguay, it’s very affordable to have someone clean your place three times a week. Depending on your needs you can employ live-in help, most homes do have a special room and bath for a maid or gardener, to part-time help. Both are affordable, and should be hired based on your needs.

Security is an important consideration for expats moving to Paraguay; there have been increasing incidents of violent crime and kidnapping in recent years. Corruption, money laundering and organised crime are also ongoing concerns in the country. Just take the necessary steps to secure your home and environment like never leaving your car unlocked and if possible only park it in an attended parking lot. Get a watchdog and install bars on your windows and a security door if your new house doesn’t have them already.

Opening a Business in Costa Rica

Living with the Paraguayans