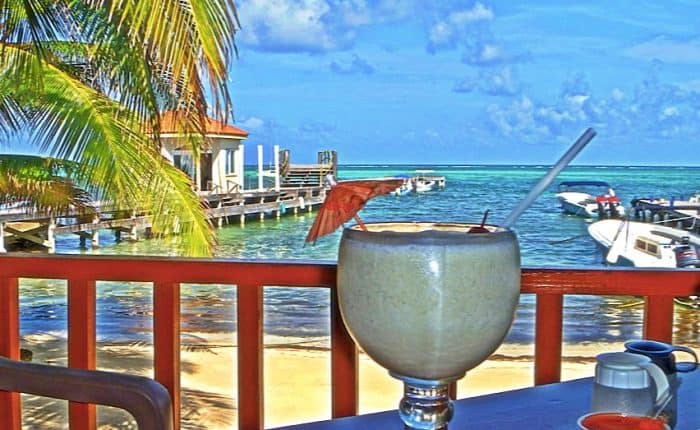 In the 1980’s I was in my early twenties and I had a pretty good office job in Toronto. I used the subway system to commute to and from the downtown business district every weekday.

I have a vivid memory of seeing a middle-aged man dressed in a cheap corduroy suit, during one evening commute home. It was the kind of suit a person buys because he needs to look presentable for work, but isn’t paid enough to buy something that looks really sharp. He was also carrying a battered briefcase.

But the thing that hit me like a ton of bricks back then, and stays with me now, is that he was making a wild, thrashing run out of the subway carriage and up multiple flights of stairs in order to catch his soon-to-be-departing city bus.

The thing that struck me was that I was the young guy just starting out in the business world and he, in my eyes, was (or should have been) an established, dignified, a businessman in a position to conduct himself with a calm air of professionalism.

Instead, he was running like a schoolboy in fear of punishment for being late.

Why It Scared Me So Much

It bothered me because it made me wonder if there was a chance I could end up the same way.

I wondered if I would be a grown man who was under such close control and scrutiny that I would have to rush around like a maniac for fear of other people’s judgment and punishments if I didn’t obey their schedules and other restrictions. Yikes.

A year later I was driving to work along a roadway featuring typically under-engineered capacity called the Don Valley Parkway. Virtually every day the traffic was bumper to bumper and crawled along at 10 or 20 miles per hour, which stole at least a half-hour or more of time from every one of us poor saps who had no better alternative.

I once calculated what all that time, back and forth, every weekday would cost me if I did it for 40 years waiting for retirement. I’ll save you the detailed computation and just say, it would represent the equivalent of over two years of waking hours.

The equivalent, financially and productively, of spending that time in a prison cell somewhere. In fact, a guy in prison could likely get more done than a guy stuck in traffic. Again, yikes!

Here’s a podcast from The Expat Money Show where Mikkel and I talk about safely leaving the rat race by starting an online business!

Escaping a Life Sentence of Inefficiency and Unwanted External Control

The combined thoughts of living under the unwanted expectations and control of others, combined with the wretched inefficiency thrust upon the average worker, were very motivating to me in terms of seeking alternatives.

So one of the sweetest things Connie and I have enjoyed these last twenty-odd years of having online income through our own businesses is our Freedom of Time.

When our kids were in school in a mountain town in Idaho, Connie and I could drive them to school, spend a few minutes chatting with teachers and joking with our kids’ friends as the school buses arrived, then visit the local coffee shop and discuss our plans for the day in a relaxed, peaceful manner.

We did our work from home so we were available for anything that came up at school or elsewhere. We never missed a school play, concert, or a sporting event.

We could vacation any time school was out. There was none of the familiar concern, “Well, we only get two weeks vacation per year and we already used most of it. Plus we were all told at work that nobody can take days off in August. ”

Those restrictions were long gone. Later, when we home-schooled, the school calendar ceased to be a restraint also. We traveled with the kids. We made our own schedules. It was a wonderful time in all of our lives.

These days our kids are grown and spread to the four winds, sometimes living on four different continents simultaneously. Still, Connie and I can make our own schedules and engineer our work so we can live where we want and experience what we want.

That doesn’t mean we do very little work. We actually do quite a lot, but it’s work we like and want to do. We also have future plans to do different work we’ve never done before. Just for the pleasure of it.

But what days of the month and what time of day we do the work is always flexible and that alone is a massive benefit. We never shop when stores are busy. We don’t drive places when traffic is bad. We don’t visit counties during peak season when choices are limited and prices are highest.

We aren’t forced by circumstances to waste our time or money.

(By the way, don’t believe the stories you hear about having some absentee online business where everything is outsourced and the owner just sits back and watches his money pile up. I’ve never seen it. I don’t know anyone who has seen it. People who want to sell the idea of a 1-hour workweek are always working 80-hours a week telling people about it. The 80 hours of work is how they really make their income.)

In the online business world, the same intractable, fundamental truths about business apply the way they’ve applied for centuries. To make a profit, you have to provide people with something of solid value. Something they literally want more than the money they have to pay to get it. That law never goes away and likely never will.

But among the many advantages of doing it all online is the huge difference it makes in your lifestyle and in providing you one of the most precious things in life;  Freedom of Time.

Conventional employment is fraught with disadvantages to the individual. Days of the week, hours of the day, uncompensated commutes, available vacation times, and other circumstances are all dictated externally. These conditions force people to be inefficient outside of work and to incur unnecessary expenses. Owning and controlling your own source of income permits an order of magnitude, more freedom of time.

Ready to Own Your Time?

Are you ready to live life on your own terms – create your own online income? Reach out to us at Safely Leave The Rat Race. We are committed to helping you get from whatever point you are right now – to the point of earning regular, predictable online income.

I hope you enjoyed Escape to Freedom #3: Freedom of Time. In case you missed them, here is

#1 – What is Your Freedom Lifestyle?

Pete Sisco has been a successful online entrepreneur and author for over 20 years, building and operating multiple online businesses generating millions in online revenue. This business is how he helps people like our readers do the same.

Freedom Is Yours! Will You Take It?

5 Things You Need to Know Before Moving to Switzerland

My 2021 Language Routine & Resolutions – Continuing My Journey To Fluency