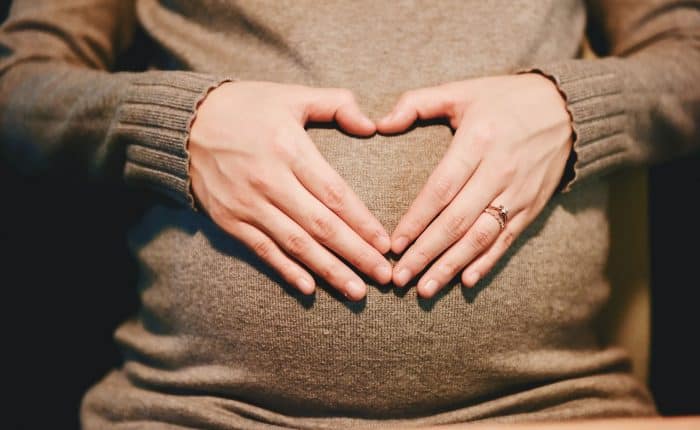 Here’s some good news: Women in other countries have babies too, and they’re delivered by knowledgeable clinicians and childbirth specialists. What’s more, babies have been born in these far-flung places for hundreds of years, long before there was a USA. Before C-sections and epidurals and hypnobirthing. Even before those giant stork cut-outs that announce the happy arrival on the front lawn of the baby’s new home.

And if that doesn’t calm your nerves, how about this: Plenty of other countries around the world are considered safer havens for pregnant woman based on infant and maternal mortality rates – not to mention superior satisfaction statistics with the way birth is handled.

What’s more, the USA now leads the world in terms of the average cost of giving birth. According to a 2013 New York Times article, “In 2011, 62 percent of women in the United States covered by private plans that were not obtained through an employer lacked maternity coverage.”

The article also states that “the average total price charged for pregnancy and newborn care is about $30,000 for a vaginal delivery and $50,000 for a C-section.” Sheesh. That expat birthing plan is looking more and more desirable. But how is prenatal care different in expat hot spots around the world?

Hospital facilities and neonatal care in the United Arab Emirates are state of the art… as long as you’re married. Upon arrival at a hospital, women will need to provide

The UAE’s government website ( provides lots of useful information, but the key thing to remember is this will be a very different experience than anything that might happen in the United States. Both parents must be legally married to have a baby in UAE. If you are unmarried you have two options: Get married right away or leave Dubai.

Delivery fees at UAE government hospitals are AED 5,000 for natural births and AED 8,000 for a caesarean section. If you do not have a UAE health card the cost is doubled. Private healthcare fees range from AED 6,000 to as much as AED 25,000. Of course, if you have international healthcare insurance, the cost will be covered by that, so make sure you do!

If you’re going to give birth anywhere in Asia, Hong Kong is the place… or maybe Singapore (see below). In Hong Kong, both public and private hospital care are remarkably good—so good that it’s caused a surge in birth tourism, with mainland Chinese mothers traveling to Hong Kong just to have their babies. In addition to better medical treatment, newborns receive automatic residency and are entitled to 12 years of free education, hence the appeal.

Last year, the Hong Kong administration announced that they were limiting the number of non-local births to 3,400 (on average there are around 10,000) to relieve the added pressure maternity staffs were facing. However, many expectant mothers are simply turning up at A&E in the first stages of labour.

Here is a great podcast episode with Gunnar Garfors who has visited every country in the world, twice!

Ranked by the World Health Organization as having some of the top health facilities anywhere in the world, Singapore is also a leader in maternity care.

Both public and private hospitals are available, but in either case patients must pay a subsidy. The average cost of a “normal” delivery with a two-day hospital stay is around S$3000, although the costs varies depending on the hospital. A pregnancy in Singapore is usually administered by an obstetrician/gynaecologist. While there are midwives present during labor, pre-natal midwifery is less common. Most OB/GYNs offer “maternity packages” that provide around ten standard consultations during your pregnancy in Singapore.

For that reason, expats should be sure to have purchased health coverage well ahead of time, since many private plans only cover maternity care if the woman has had coverage prior to becoming pregnant.

I think you’ll enjoy this podcast from Gregor Gregersen from Singapore.

While many European countries have moved toward an American model of pre-natal care and delivery, it is accepted practice in the U.K. to have consultations and care from midwives during pregnancy and childbirth. In cases where there is a health concern for mother or baby, OB-GYNs are consulted. However, the prevailing attitude of the medical establishment is much less clinically focused than in the U.S.

In real terms, that can mean fewer exams and tests than pregnant women—certainly those with private health insurance in America—might expect. Across the U.K. there are dedicated birthing centers and some parents choose to have a midwife-supported home birth. The majority of babies born in the U.K. are delivered at public NHS hospitals with services paid for by the tax-payer.

Similar to the United Kingdom, Australia’s approach to pregnancy and birth is more mother-led and less clinically driven than is the norm in the United States.

You can choose to give birth in a specially designed birthing centre, a midwife unit, a public or private hospital, or at home with a registered midwife.

Another podcast you will like, Warren Black an International Tax Expert from Australia