How To Capitalize On Foreclosures Abroad - Escape Artist 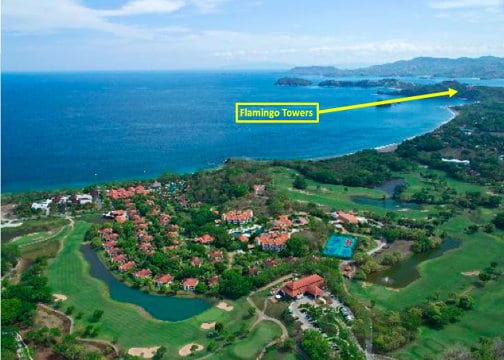 I bought my first rental property at the ripe old age of 30. Unlike most people who stick close to home, or at least purchase domestically, my first foray into real estate was overseas. Having been down a few times and loved it, the lure to own my piece of tropical paradise was overwhelming. So, I bought a condo in Belize, specifically on Ambergris Caye, in the town of San Pedro.

Like most people, I imagined I was buying a vacation property that I would use occasionally and rent out the rest of the time. After a few trips down to enjoy it, marketing the condo made sense, so I made flyers to hand out. My model was a woman who sat next to me one flight to Belize. She was a flight attendant on vacation who I made the mistake of using the term “stewardess” in front of. She corrected me, and asked to be referred to as a “Sky Goddess.” Appropriate.

Because this was long before websites and the heyday of the internet, I used the flyers to contact dive shops and have them offer up the condo to their clients who wanted to go diving in Belize. They earned a nice commission and I kept my condo full. It worked well.

In 1994, Belize was relatively unknown. The destination was a pilgrimage of sorts for serious divers and fly fishermen who wanted to be off the beaten path. The only connection to stardom at that point for Ambergris Caye was Madonna’s Isle Bonita song released in 1986. Then came the TV show “Temptation Island”, producing more press and increased popularity.

Then the cruise ships started arriving. The pioneers who had “discovered” Belize in the 1980s were outraged by the writing on the wall of a ruined tropical paradise. Many left and moved on to lesser known islands and more remote locations in Belize. These folks are the “mountain men” of the old American West, much like the Natty Bumpo character of J.F. Cooper’s Deerslayer series, who, when he could hear his neighbor’s dogs bark, knew it was time to move on.

Me, I stayed right in San Pedro ready to meet and greet the coming wave. I feel more like a Levi Strauss who sets up shop to help serve the folks looking for their piece of paradise. Like it or not, change was coming quickly. I decided to embrace that change and help guide it forward in ways that made sense for the health of the country and the tourism industry specifically.

Interestingly, very few locals were opposed to the new reality. More jobs, higher wages, entrepreneurial opportunities, and increased tax revenues were coming with the progress. And while a few of the old-time gringos bemoaned the loss of the old ways, the vast majority of locals, and most business people, wanted this change and the positive opportunities it brought.

In 1998, a small group of investors, of which I was one, purchased what was then the Playador Hotel, a 22-room resort just south of San Pedro town on Ambergris Caye. Failing properties never have a happy story, so we’ll let the why of the story go without saying. Suffice it to say, we were able to land a very good deal on a wonderful piece of property with 265 feet of Caribbean Sea frontage.

Right after the purchase, Carol and I found ourselves moving to Belize, living at the resort, and engaging in a turnaround effort. While on-island, we frequented a restaurant up the coast called Capricorn. It was run by a husband and wife, Clarence and Annabelle, who were from Kenya and had come to the island in search of a slower pace of life. Clarence was the chef who regaled diners with stories of all types about working in Africa, between shifts in the kitchen preparing the best meals on the island. Annabelle was the hostess who remembered your name on the second visit.

One evening, after a pleasant water taxi ride under the stars to arrive at Capricorn, we were enjoying a nice dinner with several folks including Joel Nagel and some of his clients. Toward the end of dinner, a woman from the table next to us on the terrace asked if we would be okay if she serenaded her parents for their 50th wedding anniversary.   Not knowing what to expect, we said okay and then held our breath.

Wow. What a voice. She sang a few love songs while the breeze gently rustled the palm fronds. The moon rising over the Caribbean to the east cast a silver glow on the calm waters inside the reef and backlit her to the nearly infinite stage behind. When she finished, we chatted for a minute and found out that she was a backup singer for James Taylor. Quite a special evening that still ranks as one of those “remember for a lifetime” moments.

Well, Clarence and Annabelle sold the restaurant a few years later, and then it sold again, and yet again, until finally the owner who ran the place passed away and his family couldn’t keep up with it. The bank foreclosed on a note and the restaurant was shuttered up – and with time, the structures deteriorated.

If that were the end of the story, it would be sad.  But the property, which existed 20 years ago – a “long way” up the coast, powered by generator, and accessible only by water taxi – is now an easy drive to town, on a paved road, with public power, and lots of upscale neighbors.

The land is high and the ocean frontage is 170+ feet overlooking the reef. What’s owed to the bank is a pittance for the value of the land, and the foreclosure process is complete. It is a bank-owned property, for sale for what is owed to the bank: $765,000 plus or minus a few bucks.

Full disclosure, I am one of the founders of the bank and sit on the board. Once it is advertised and completes the auction process, I may bid on the property. The land value alone makes this very attractive for a small condo project or a nested cove of oceanfront homes. Sadly, based on the loan value of the property, I don’t expect to have the opportunity to acquire it. It will likely be snapped up.

The property will be advertised in the local Belize papers and on the radio. Since you presumably don’t get the paper or listen to the stations, here’s an opportunity to take a peek at a phenomenal opportunity. My thought is that I’d rather it be you, a reader of my newsletter, than an anonymous buyer.

By the way, I was approached last week by someone who didn’t have the whole nut to make the purchase, but would be interested in a partnership with one or a few other folks to acquire the property. If you have an interest in that, let me know and I’ll make the connection for you.

A second foreclosure out there right now are some condos in Costa Rica that Citibank took back in 2010 from a failed developer. The town of Flamingo Beach is delightful, quaint, and friendly. The marina there is expanding into the natural harbor that protects the large cove. These condos are on the ridge above the town of Flamingo Beach, in Guanacaste. They are also right up the road from the Westin Playa Conchal Resort and 18-hole Robert Trent Jones course. It’s awesome to have great neighbors.

These 22 condos were built and 90% completed before the 2008 meltdown. Then they sat unfinished and empty until 2014, when a small group of investors purchased them from Citibank with an eye toward completing them, reworking some elements, and marketing them at prices 25-30% below market. The work is done and the condos are spectacular. 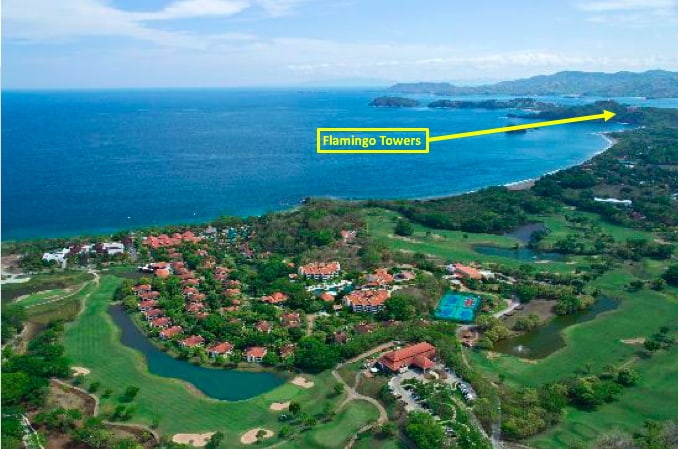 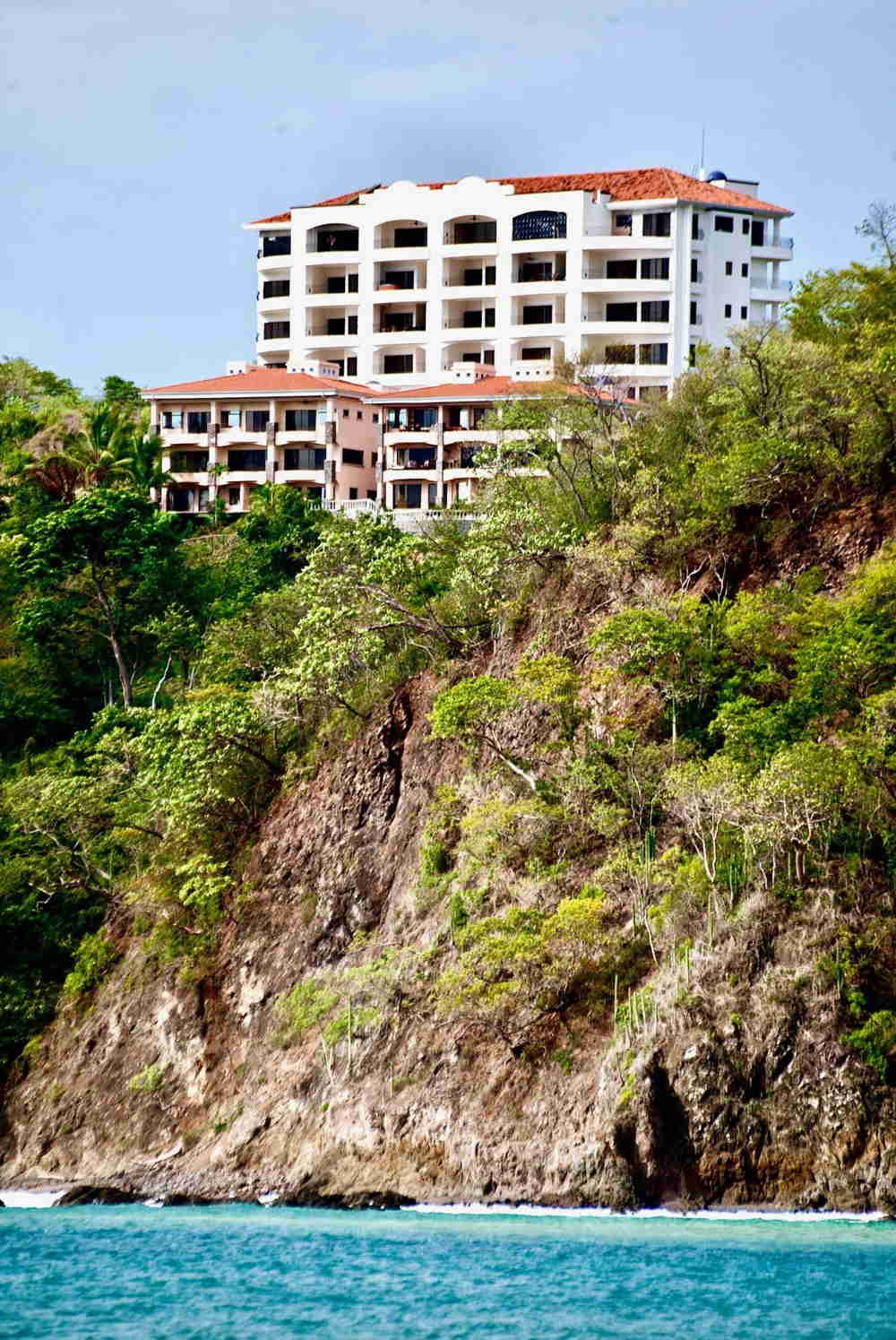 Flamingo Towers on the Sea

Our company, ECI Development became the main marketing engine and earns a commission for the sale of these condos. 19 of the 22 are sold. Only 3 remain. One of the last units was a sale that fell through recently. It is a second floor 2-bedroom condo, 1206 sq.ft. with the view above. Priced at $230k. This is far below comparables in the area and a half or less what a similar condo in Playa Conchal goes for.

Because of the charming nature of the Flamingo Beach town and the world-class resort amenities just a stone’s throw away, the rental market is strong. Anyone looking for a vacation, investment, or residential condominium in a super location, built to North American standards, with a view across the Pacific like this, should be in touch.

A third foreclosure property, in which I am directly involved, is a villa located in Panama City, Panama. When the bank took the property back it was a disaster. The previous owners had begun a remodeling effort, but stopped just after the place was gutted. It sat empty for a while and then went to auction. Because of the rough state, it did not sell quickly, and so a group of investors was assembled to buy the asset from the bank and complete the transformation.

We succeeded. After acquiring the property, the group hired a Project Manager who moved to Panama 3 years ago to restore the 10,000-plus square foot mansion in the heart of Panama City. His loving time, energy, and care have transformed the property from a concrete shell to a masterpiece of contemporary Spanish Colonial elegance.

The home sits on a huge lot in the famous neighborhood, Altos de Golf. This tiny pocket enclave, in the heart of the city, boasts neighbors such as former presidents, as well as many of Panama’s movers and shakers. The property was redesigned to include a front suite receiving area that can be dedicated as a private set of offices. The house is considered to be a strong possibility as an embassy and residence. The price of the home, when complete in 90 days, is $3.8m. This one of a kind property, in an exclusive neighborhood, is a gem of a find.

If you are looking for great value properties overseas, a foreclosure may be the way to go. On the other hand, it may not. The pain of rehab is a serious consideration.  Just ask our project manager in Panama. But if the acquisition value is there, and you have the time and desire to work it, then the reward may indeed be worth the effort.

If you’d like to be on a list to receive future foreclosure notices from the bank, click here. With a 50% LTV on loans, Caye Bank does not see many foreclosures, but the ones it does see are pretty sweet. For example, the Capricorn property in Belize offered right now.

While no one likes to see the pain of a failed business, the foreclosure process is one where new life can spring from the ashes of a failed business or family crisis situation. New energy from inspired entrepreneurs can and will transform the tragic loss at Capricorn into a special dining destination of fun and enjoyment once again. I know that I certainly look forward to another water taxi ride under the black skies and twinkling stars. Perhaps James Taylor’s backup singer will grace us once again. One never knows who you’ll bump into in Belize.