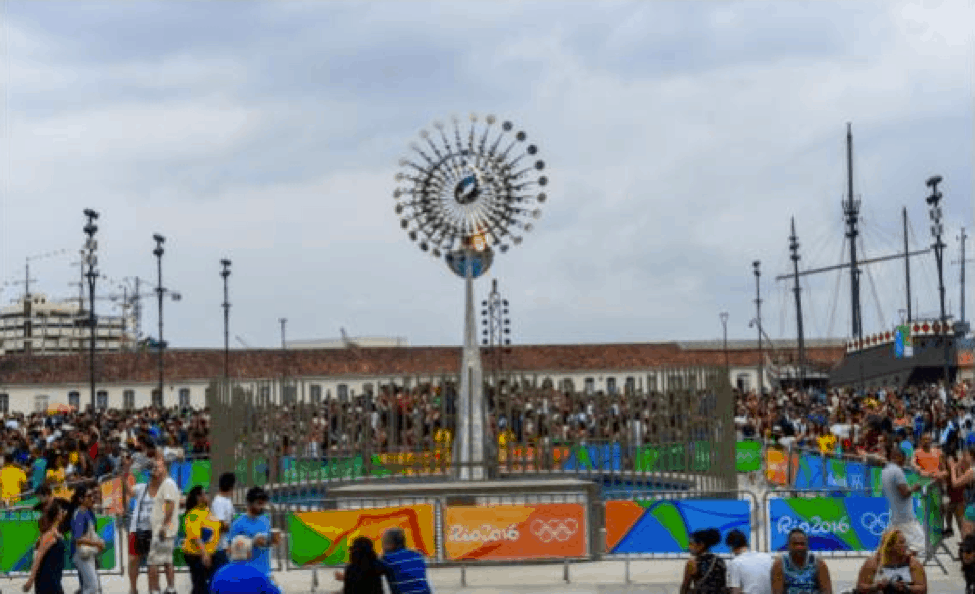 There are a few places every person visiting Rio de Janeiro can’t miss to see. Here is a list of some of them.

Perched atop the 710 meter (2,330 feet) high peak of Corcovado Peak, the statue of “Cristo Redentor” stands with arms outstretched, gazing serenely out over the city. Construction of the statue began in 1922 during the heyday of the Art Deco movement. IIt was considered the largest Christ statue in the world from 1931 until 2010 when it was topped by the Christ the King statue in Poland. A train will take you to the base of the stature from Monday to Sunday, from 8 AM to 7 PM; trains departing every thirty minutes.

Copacabana, famous for its 3 miles long beach, has over 160 thousand residents and is almost a city within itself. Kiosks and bars can be found all along the beach, and public bathrooms are also available. Additionally, lifeguards staff the beach from 8 a.m. until 8 p.m. each day.

This two-mile beach has been made famous by the well-known bossa nova song, “The Girl from Ipanema,” and has drawn tourists since the the 1960s. You can buy towels, hats, beverages, snacks, jewelry, sunglasses, and beach chairs from vendors all over the 2 mile long beach, which is divided into areas known as postos (lifeguard stations). Postos are in operation from 8 a.m. until 8 p.m. Restrooms can be found at Posto 3 and require a 1 BRL (about $0.50 USD) fee.

Rising 400 meters (1,300 feet) above the mouth of Guanabara Bay, Sugarloaf mountain is a monolith of quartz and granite that visitors can crest via a glass-walled cable car known as a “bondinho” or “teleférico.” The cable car departs every 20 minutes from the base of Babilônia hill and climbs to the top of the Morro da Urca hill. From there, visitors can take a second cable car up to the mountain’s summit.

Regent Prince D. João originally created the garden in the early 17th century in an effort to acclimatize West Indian spices. The urban conservatory quickly garnered attention as a reflection of the European-style gardens modeled overseas. By 1822, the garden opened to the general public. Since its public debut, the verdant sanctuary has become a haven for locals and tourists. the Rio de Janeiro Botanical Garden, or Jardim Botanico, houses more than 8,000 species of plants. The garden includes a number of monuments, fountains and features, including a Japanese garden, a pond filled with water lilies and the new Museu do Meio Ambiente, which displays exhibits that focus on the environment.

Located in the downtown section of Rio known as “Centro”, the Lapa neighborhood was once the city’s red-light district. Today, the area is known for its vibrant nightlife. It is brimming with rows of tapas bars, clubs, and live music venues and is the perfect place to meet up with friends and cariocas to sample local cuisine and to sip caipirinhas.

Big Banks are Starting to Enter the Cryptocurrency and Blockchain Craze

Things to Know Before Traveling to Brazil

Starting a Business in Brazil