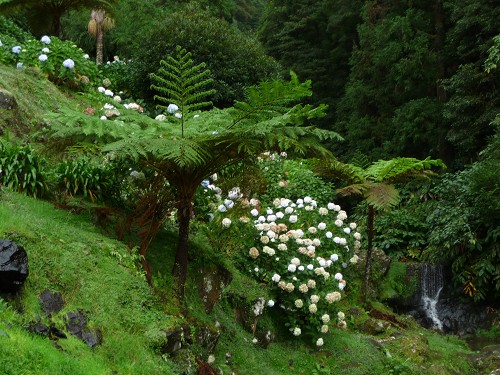 There is a magical island where everything grows – forests of fir, cedar, and sycamore trees along with forests of giant tropical tree ferns, fields of corn, fields of taro (the starchy staple of Polynesia – Hawaiian poi is made from taro), and every kind of flower in riotous abundance.

Orchards produce every kind of fruit from tropical to citrus.  Herds of cows produce every dairy product including fabulous cheeses – and great steaks.  Due to its unique ocean location, the sea swarms with fish and seafood.  It’s on a main migration route for sperm whales and a dozen types of dolphins.  The sport fishing, such as for blue marlin, is fantastic. So is the trout fishing in the mountain streams.

So is the golf, the sailing, the scuba-diving, the surfing, the hiking on mountain trails to hidden waterfalls and hot springs.  The coastline is dotted with beaches, picturesque fishing villages, and tiny coves with natural rock swimming pools.  The interior is dotted with crater lakes, among which is one of the most beautiful lakes in the world.

Temperatures are in the mid-60s in the winter and mid-70s in the summer, the sun shines most every day, when it rains it usually pours for 15 minutes then out comes the sun again.  There are neither snakes nor mosquitoes.  Nor is there any pollution – the air is sparkling clear, the land preserved spotlessly clean by the islanders.  The place is so peaceful it’s virtually crime-free.

The beer the islanders make is good, the wine even better.  The islanders are friendly, hospitable, devoutly Christian, and proud members of Western Civilization.  A great many speak English, but there are not a great many of them.  They number 150,000 spread out over 300 spectacularly scenic square miles.

They love liberty so much they’ve had this motto emblazoned on their coat of arms for centuries:  Rather die free than live in peaceful subjugation.

You can fly here from the U.S. East Coast in four hours for 300 bucks.  If you’re an Escape Artist looking for a Plan B refuge – or just a momentary escape – this magical place could be it.

Welcome to the Azores. 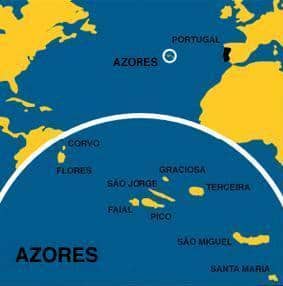 The Azores are in the Atlantic Ocean, about one-third of the way between Portugal (some 900 miles) and America (some 2,000 miles).

There are nine islands in the Azores, all of which have a distinct character.  The one I described above is the largest, most varied and beautiful, Sao Miguel (St. Michael).  They were discovered (uninhabited) and colonized in the 1430s by the Portuguese, who called them Açores, after all the goshawks they saw flying around (actually, the birds were a kind of buzzard that looked like a goshawk.)

The first island settled was Santa Maria.  When Christopher Columbus landed there returning from his second voyage to the Americas in 1493, the Portuguese settlers mistook him for a pirate and arrested him.  He was soon set free, and there is now a statue of him to commemorate his landing.

There were, however, the Spanish, whose attempts to subjugate them were bitterly and violently resisted by the Azorean Portuguese from 1583 to 1640, when they (together with Portugal) regained freedom.

It was during this time that the Azoreans adopted their coat of arms with the motto:  Antes morrer livres que em paz sujeitos (Rather die free than live in peaceful subjugation). 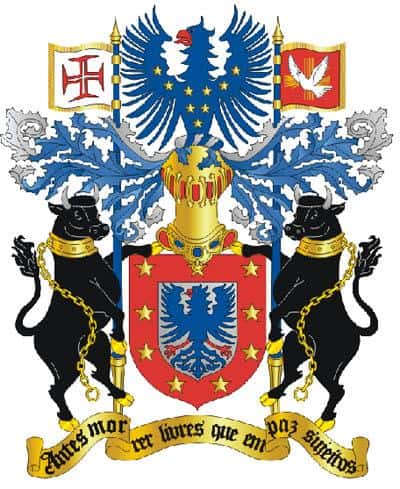 For 300 years, they prospered in isolation.  Whaling, trading, and pirate ships would visit, and leave seeds from plants all over the world – thus the incredible diversity of flora – but not people, so the Azoreans remained Portuguese and devoutly Catholic.

In the 1890s when the first transatlantic telegraph cables were laid, the Azores provided the necessary relay station.  Meteorological observatories soon followed, with the Azores providing the critical link in communications between North America and Europe.

Then came transportation, with Pan Am Clippers and other airlines’ seaplanes flying passengers across the Atlantic made possible by stopping in the Azores.

When World War II came, the authoritarian ruler of Portugal, Antonio Salazar (1899-1970) pretended to be neutral while making a deal with Churchill for the Brits and U.S. to have naval and air bases in the Azores.

This proved crucial in enabling Allied protection of its convoys from German U-boats and warships during the six-year-long Battle of the Atlantic.

After the war, the U.S. continued its lease of Lajes Air Base on Terceira, which allowed the U.S. Air Force to patrol the South Atlantic for Soviet submarines and spy ships.  The U.S. maintains the Lajes base to this day.

As the authoritarian Salazar regime in Portugal dissolved with his death in 1970, a group of Communist military officers staged a coup against Salazar’s successor, Marcelo Caetano, in 1974.  They called it the Carnation Revolution, as their symbol was a red carnation, red for the color for Communism.

The Azoreans wanted no part of it and formed the Azores Liberation Front (Frente de Libertação dos Açores, or FLA) to gain their independence.

As the FLA was getting going, the Portuguese economy collapsed under Communist rule.  By 1976, the Communist junta was replaced by a democratic government led by Mario Soares who granted the Azores a form of independence called “regional autonomy.”

This autonomy has been “broadening” ever since.  The slogan – “government of the Azores by Azoreans” – that emerged periodically in the 19th century has now emerged again.  An Azorean sovereignty law was approved by the Azorean Parliament in July 2008, but is being implemented cautiously.

The Azores are on a path to independence, but without haste.  In the meantime, with the tax advantages of autonomy, prices from hotels to food to wine to real estate are substantially cheaper than in mainland Portugal or most anywhere in Europe.

Further, the Azores have barely been touched by retail tourism.  There are a few hotels, and most tourists stay in cozy B&Bs or rent vacation homes for a fraction of the cost you’d expect.  Vacation or second home properties are great bargains, as evidenced by all the mini-McMansions sprouting up.  If you choose to live there, you’re only taxed on income earned there – so make your money somewhere else and you’re tax free.

The secret of the Azores is that it’s still a secret.

So may you.  The Azores may be a perfect place for an Escape Artist to escape to.  But which one of the Azores?  I described Sao Miguel – but the other eight are fascinating in their own right.  They’re yours to discover.  Somewhere among them you may find your very own magical refuge.

OK – here’s just a teasing glimpse.  These were taken over the last few days in Sao Miguel and Terceira.  When you get there – not if, but when – let me know which of the nine Azores is your favorite. 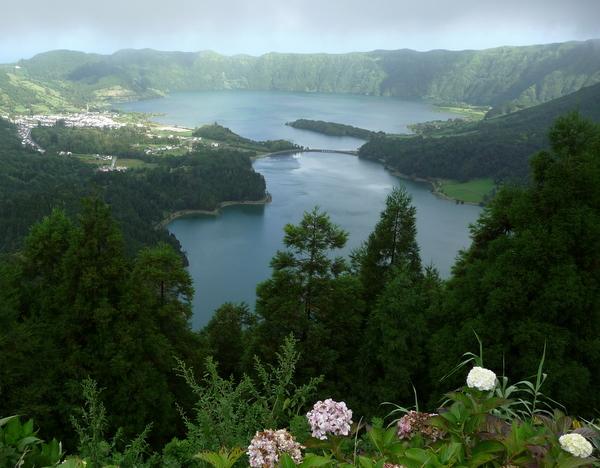 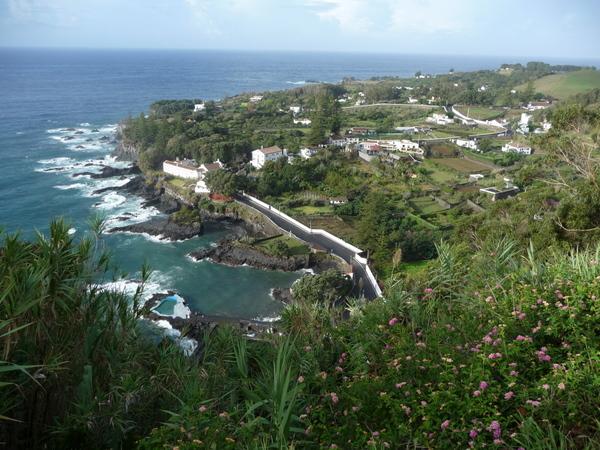 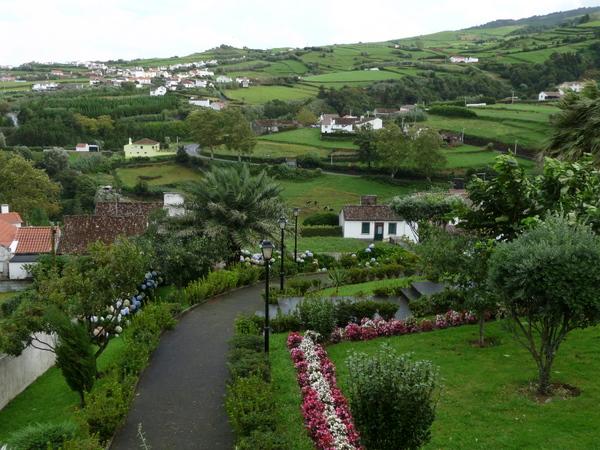 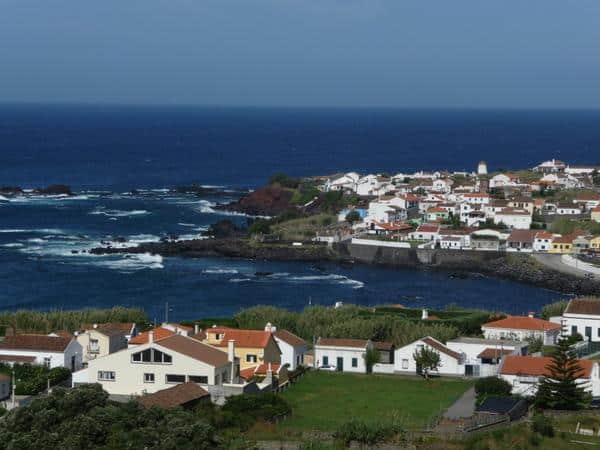 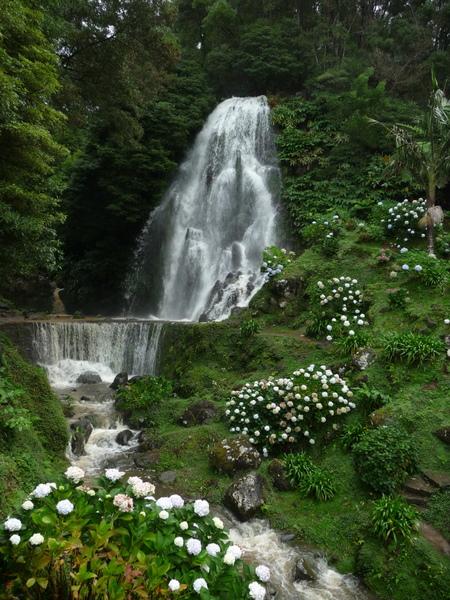 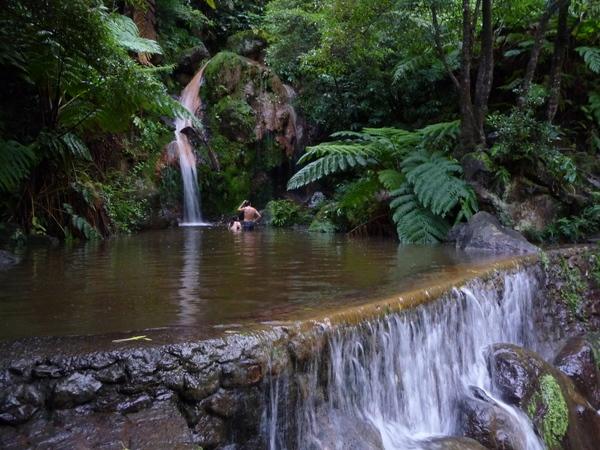 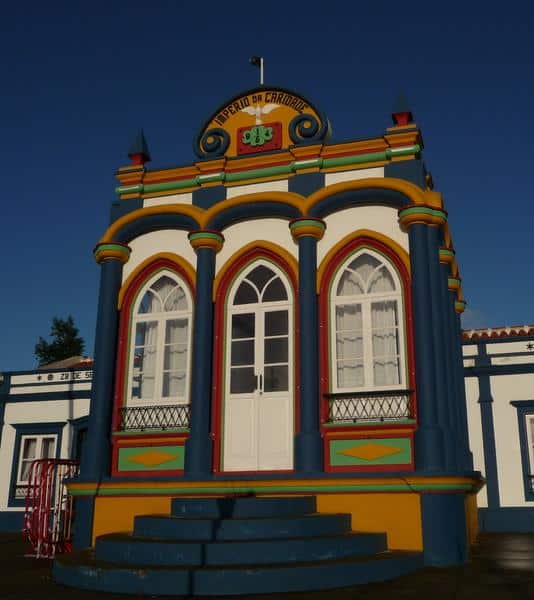 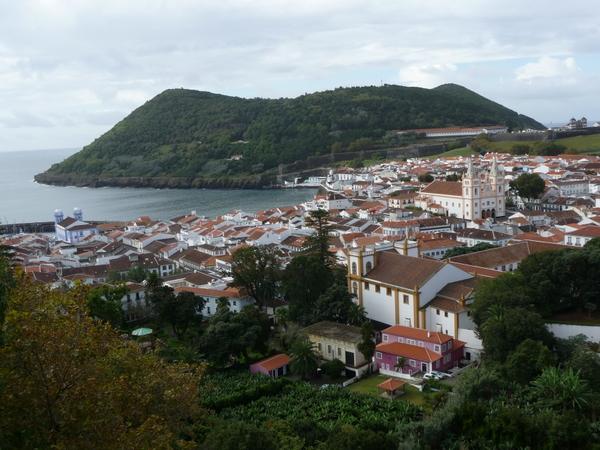 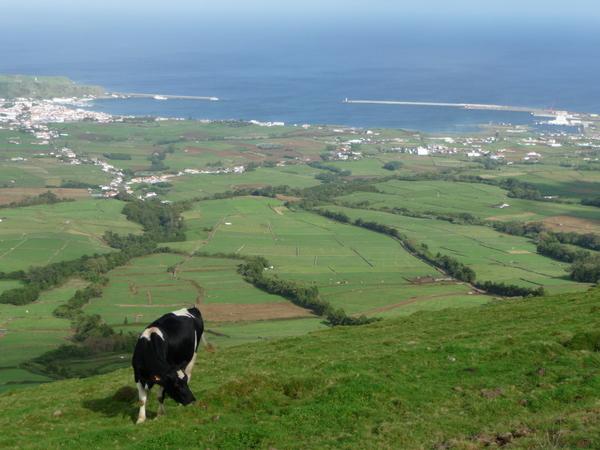 Save on Taxes by Living Abroad