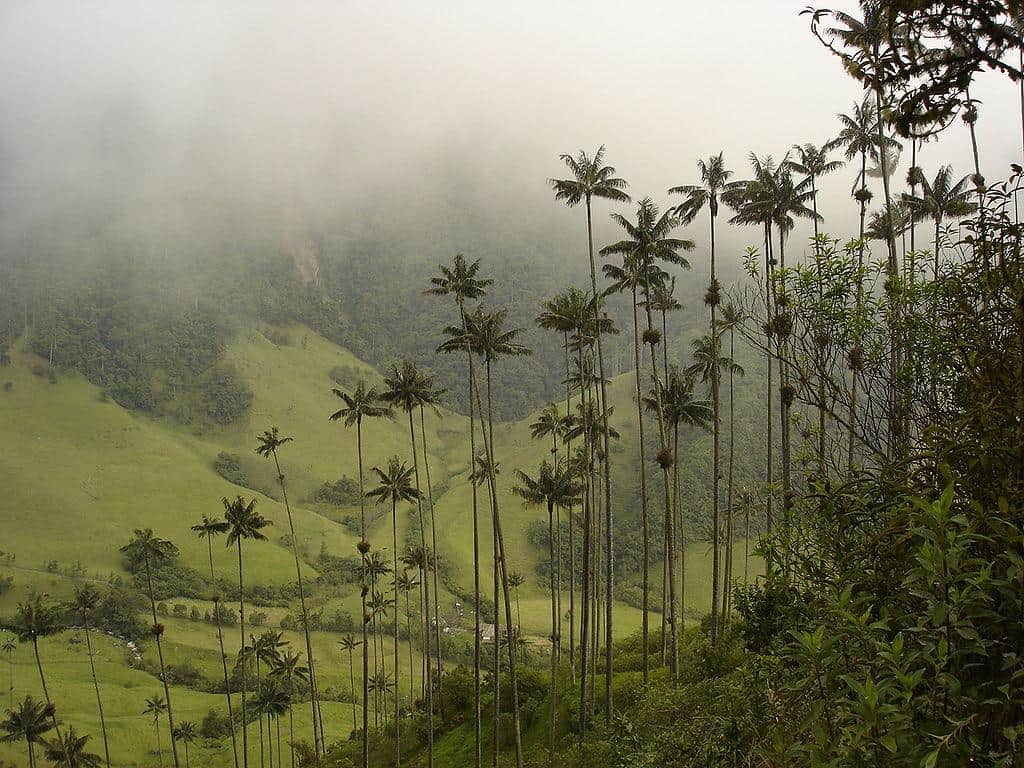 Colombia is quickly becoming a hot spot for tourism and for expats to relocate. This may be surprising to those who only think of Pablo Escobar when Colombia comes to mind. In fact, Colombia is so much more than its past – and it has a lot more charm to it than you may know! Here are a few of the country’s great features that you probably didn’t know it had:

1. Colombia has the highest diversity of bird species in the world.

It is home to nearly 1,700 different types of birds! There’s no better place for bird-watching, and many of those varieties are colorful, tropical, and exotic. If you’re a bird enthusiast, you’ll be excited to come across the Andean condor, hummingbird, yellow-eared parrot, harpy eagle, and the golden-headed quetzal among their ranks.

2. Speaking of a wide variety of a certain species, have you heard about their orchids?

Colombia also has the richest diversity in orchid species in the world. There are 4,000 different species growing there! Orchids are cultivated in the Andes regions and can live to be 100 years old! In 2015, a new species, the Encyclia Parketri, was founded in Colombia. If you want to see the world’s most beautiful flowers in their natural habitat, this is the country for that.

3. Colombia’s capital city of Bogota is the third-largest major city in the world.

Bogota is also a bustling city with an active expat population, lots of museums, and so much to do! This unique city was also voted a World Book Capital by UNESCO, thanks to the heavy promotion of reading and education within its culture.

4. About 12 percent of the world’s coffee is produced in Colombia.

The Colombian coffee growing industry is well-known to the rest of the world. Most coffee plantations are only about five acres in size, so the industry is also known for being family-owned and run by farmers rather than large businesses and/or corporations.

5. Colombia is considered one of the richest countries in biodiversity in the entire world.

Colombia has the second-highest biodiversity in the world, thanks to its many different ecosystems and landscapes. It ranks first with bird and orchid diversity, and besides that, over 56,000 animal species are known there.

6. Colombia’s climate reflects that of summer all year round.

This country is so near the equator that it stays warm throughout the year, although the temperature does vary by altitude. Temperatures can be milder in the mountainous regions and the tropical climate can be more intense on the coasts and in the north, with a rainy season from May to November – but overall temps stay pretty warm.

In fact, Colombia is the second largest exporter of fresh-cut flowers in the world. This country is home to 20,000 acres of roses, carnations, mums, and more. About 75 percent of these exports go to the United States, with the most popular flower among these being roses.

8. Colombia is home to the world’s largest palm trees.

The Quindio Wax palms of Colombia (they can also be found in Peru) grow in the mountain forests of the Andes and they can grow up to almost 200 feet in height. They are found in Colombia’s coffee growing region, and although they are considered “vulnerable” as far as their conservation status, you can still see them if you visit Colombia’s Cocora Valley.

9. Colombia is the only country in South America with coastlines on both the Pacific Ocean and the Caribbean Sea.

Basically, what this means is more beach options. You can choose to visit the darker sands and waters of the Pacific,where you can do some whale watching during the right times of the year, or you can visit the white-sand beaches on the Caribbean side with the warmer water temperatures. Why not keep it interesting and spend a good amount of time on both types of beaches?

10. The highest point in the country is Peak Simon Bolivar in the Sierra Nevada.

Colombia is known for having every exciting landscape you’d like to see in one country: sandy beaches, mountainous regions, jungle and tropical rainforests, and thriving urban cityscapes. Among these different areas are the mountainous regions of the Andes (which you likely already know), but there are also Sierra Nevada peaks as well. You can visit and appreciate these mountains via Colombia’s oldest national park: Sierra Nevada de Santa Marta National Natural Park.

Here’s a great little article on Colombia: You Can Buy The Government’s Debt In Colombia

For more information on Colombia, please contact us HERE.