What Expats Need to Know About the Foreign Tax Credit 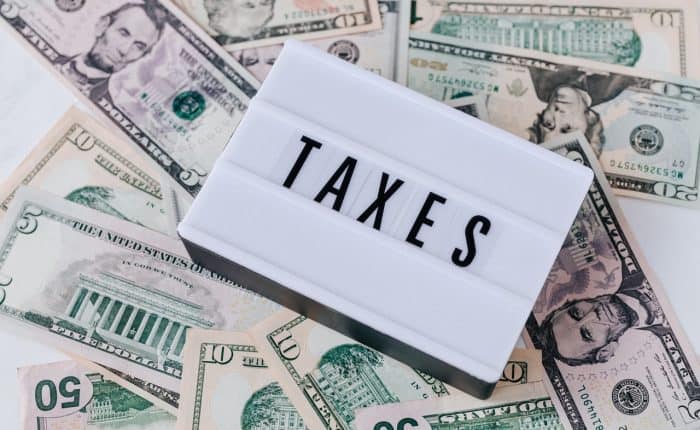 If you’re a citizen of the United States who’s thinking about living in another country, it’s important to learn about the Foreign Tax Credit and how it works. This applies to any citizen who chooses to live abroad and must pay taxes in the country where they live.

Here are some of the more essential things you need to know about the Credit, including how to claim it.

What is the Foreign Tax Credit?

The Foreign Tax Credit is a credit that US citizens can claim to offset any income taxes they’ve paid to another country. The goal of the Credit is to aid in preventing double taxation and ease the tax burden on the citizen. When paired with other credits and deductions that the IRS may offer to qualifying citizens, the reduction in the amount owed to the United States Treasury can be significant.

The distinction here is that the Credit only applies to taxes on income you’ve earned while living offshore and generated because of living in that location. It does not apply to any other types of taxes that you may pay to a foreign tax agency. It also doesn’t apply to income you generated from domestic sources and would have paid income tax on anyway.

Who Qualifies to Receive the Credit?

In general, if you are a US citizen living offshore and earning money classed as worldwide rather than domestic income, you may be eligible to receive the Credit. The funds may be income from a job or income made via foreign investments. In cases where you are not assessed any type of income tax by the nation where you currently live, there is nothing to claim and, therefore, no way to receive the Credit.

While much of the focus is on citizens who earn money while living abroad, the Credit may also apply to retirees. Depending on the laws that apply in the country where you reside, some forms of retirement income, such as money withdrawn from a Roth IRA, may be considered taxable. The same holds for any foreign investment income that a foreign agency taxes. If so, then you would likely be eligible to receive the Foreign Tax Credit.

Is the Tax Credit the Same as Claiming a Tax Deduction?

Some people are confused about how the Credit differs from claiming some sort of deduction on your taxes. One way to think of it is that the Credit reduces the amount of taxes that you owe. By contrast, a deduction reduces the income that determines how much you owe in taxes.

For example, you complete your annual tax return and find that you owe USD 2,000. As it happens, you live in an offshore setting where you had to pay USD 500 to the country’s revenue agency. By claiming the Credit, you would reduce your tax obligation from USD 2,000 to USD 1,500. If you were taking some sort of deduction, it would possibly lower the amount you owe if doing so would drop you into a lower bracket. Even then, a deduction would have considerably less impact on the final amount you owe than the Credit.

What Must Take Place Before I Can Claim the Credit?

The Internal Revenue Service has established qualifications that must be met before you can claim the Credit. One of the most important is also the most obvious: you must prove that money was owed to the foreign tax agency. This can be in the form of an official notice. It can also be documented if the taxes were withheld by a foreign employer and forwarded to the tax agency on your behalf.

Another necessary qualification is that you must have settled the balance owed to the foreign tax agency, either by payment or accrual. Understand that the amount you can claim as a credit with the IRS might be less than what you paid. This is true in cases where you could file a claim with the foreign tax agency and recoup a portion of the taxes paid by you or on your behalf by the foreign employer.

Must I File a Return to Claim the Tax Credit?

It’s not possible to claim the Foreign Tax Credit without filing your annual tax return. This isn’t an issue for those working abroad since they already know that filing a domestic return is required no matter where they live. It also applies to anyone who lives abroad and generates income from domestic investments.

Some retirees who are not required to file tax returns may still want to do so as a way to claim the Credit. This is true for expats who have retired and rely primarily on Social Security and some other income source that the foreign nation considers taxable. Preparing your return and claiming the Credit may reduce any amount you owe the IRS to zero or possibly result in getting a small amount back.

Is There a Form to Include with My Tax Return?

Yes, there is a form that you will need to fill out in full. It must be attached to your income tax return along with any other supporting documentation that’s required. That form is known as IRS Form 116.

The form itself currently has a two-page format. The fields on the form provide ample space to enter the data needed to confirm that you do qualify for the Credit. Some of the information to provide includes:

Educate Yourself to Prevent Overpayment or Non-Compliance

Living offshore and learning to keep your tax obligations in order does not have to be complicated. Knowing what type of income tax must be paid in the country where you live and how to claim the Foreign Tax credit on your domestic tax return, it’s possible to ensure everything is in order. Doing so will keep you from paying more taxes than necessary.

Haiti – A Country You Don’t Want to Escape to

How to Expatriate from the United States

The Adventure of Living on a Barge and Finding a New Car . . . In France!

Preparing to Live and Work in Russia