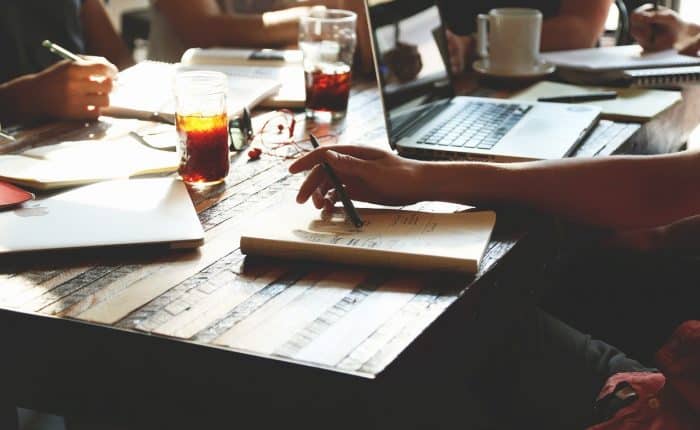 Q: I am a French National moving out of France for tax reasons and plan to move to Malaysia. I’m establishing an on-line publishing company whose business model is advertising based. I have attached my business plan. I’d also like to create a legal entity for a portion of my income to support educational charities and scholarships for underprivileged students. Where should I set up my global corporate structure for asset protection, tax and operational efficiency?‎”

A: We have reviewed the information you sent to us about your proposed business and examined a variety of potential scenarios for your publishing company to conduct its business around the world. We understand that neither you nor your equity partners are United States citizens or “green card” holders, which, if incorrect, could impact this assessment with regard to taxation, since the U.S. tax system is not based on being domiciled in the United States. You are a French citizen in the process of taking up residency in Malaysia.

Your company is an online publishing company whose revenues are primarily derived from advertising. You plan to give away a portion of your advertising revenues generated by your company in the form of scholarships and educational grants to underprivileged communities and individuals around the world.

There are really three elements, in my opinion, driving the jurisdictional selection for the legal and corporate structure which we might create for you. First, is the issue of taxation. Second, there is operational costs and efficiencies. And, lastly, there is the “reputational” impact of various jurisdictions. All three of these elements will play a role for you to determine where your business and other legal structures should be based.

With regard to taxation, there are still a large number of “low” and “no tax” havens to choose from. The primary ones for purposes of this analysis (including those that have taxation but don’t tax foreign source income) are as follows: 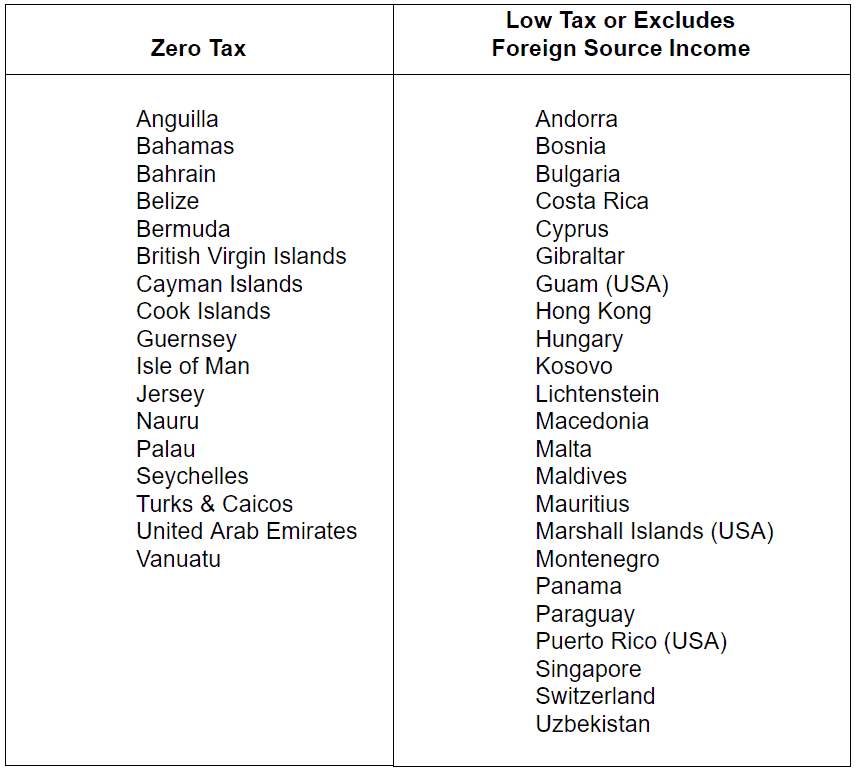 In some cases, a “low” tax jurisdiction rather than a zero tax haven is preferable because of tax treaties or other reasons, such as the required labor force or infrastructure needs that can make a tax rate of 1% – 10% an acceptable choice for your business.

Secondly, in addition to the tax rates themselves, you have the operational costs of operating in the particular jurisdiction. This is further impacted by the type of labor needed in your operations. If you need a receptionist to answer your telephone and pass along messages, for example, the operating costs might be irrelevant between a high-cost country like Switzerland or UAE and a low-cost country like Belize and Panama. If you need 10 IT officers to conduct your business, on the other hand, then the costs between workers in one country versus another may be quite relevant. For Apple or Google, the difference is probably nothing more than a “rounding error,” but for most startup businesses, even those with sufficient capital, labor differences between countries like Bermuda and India can dramatically affect operational costs and overall profitability. If you don’t need any employees, but rather plan on outsourcing your offshore administrative and operational needs, then you will want a country with a developed offshore administrative sector. Again, the question arises as to what you really want and need from the administrator in selecting the proper jurisdiction.

Is it a “brass plate” address, telephone, and e-mail service you require, or do you expect the offshore administrator to actually work for you to provide such services as marketing, accounting, tax preparation, sales, etc.? The more services you want from your offshore agent, the more expensive and greater the delta is between more developed tax havens and less expensive ones.

“Regionality” should also be mentioned at this point. If you intend to target the United States or Canada for example, then a Caribbean or Central American jurisdiction probably makes a lot of sense. Your company will be operating in a similar time zone with easier access for investors, customers, and interested parties to meet with your representatives. If that type of contact is unnecessary for your business to function, then you might want someplace closer, from a time perspective, to Malaysia, such as Palau, Hong Kong, Singapore, or Taiwan.

To try to quantify the various countries of the world and the Cost of Living Index for 2018, consider that with a range scale of 25.08 to 144.88, Bermuda is the most expensive (144.88) followed by Switzerland, and the cheapest countries are Egypt and Pakistan. The United States is right at the mid-point at 72.95. France is in the top quartile of countries most expensive to do business. Malaysia, at 44.73, is on the lower end of the third quartile. India is a few spots from the bottom at 26.88.

Six of the top ten most expensive countries are low and no tax havens.

The bottom quartile includes Moldova, Macedonia, Uzbekistan, Ukraine, and India. Even though some of these countries, such as India, do not fit the profile for a low or zero tax haven, the opportunity to outsource certain functions, especially in the IT area and back-office services, makes it a country to consider from an operational perspective. (Incidentally, India is frequently paired together with the tax haven of Mauritius, as there are various bilateral investment and tax treaties between these two countries which make them collectively attractive from a foreign investment, operations, and tax perspective.)

Thirdly, there exists the jurisdiction’s reputation, which may or may not impact your brand. For some businesses, such as trading companies, the jurisdiction is absolutely immaterial. The nature of the jurisdiction is especially irrelevant (assuming no OFAC-banned countries like North Korea) in B-to-B settings. A company like ALCOA does not care if it buys raw materials in Africa from an exporter in Angola, a trading company in Seychelles, or in a tax-advantaged territory like Puerto Rico, as long as the material meets their needs.

If, on the other hand, you are dealing with end consumers, they may think differently about your company and your brand depending on your jurisdiction of incorporation. So a consumer electronics company like Apple might set up in a low tax jurisdiction such as Ireland rather than a zero tax haven such as the British Virgin Islands, or a “lower,” “low” tax haven such as Malta where they still could access the European Market. Clearly, Ireland is perceived as having some reputational value as well as a qualified labor force that makes the 12% tax rate acceptable to Apple, even though it would be closer to 4% in Malta.

Consumers are obviously important to all businesses, but reputational value goes beyond consumers. Bankers, suppliers, and government regulators all have their own opinion about jurisdictions. If you set up a gambling operation in Macau or Monaco, for example, you will probably receive the “Good Housekeeping Seal of Approval,” If you set up the same operation in the Baltics or Anguilla, you probably won’t get the same reaction. If you set up a bank in Switzerland or a United States territory like Puerto Rico, accessing correspondent banks is relatively easy. Set up the same bank in Dominica or the Comoros Islands and correspondent banks will shun you like the plague. Jurisdictions are emerging right now in the blockchain (bitcoin) arena, with Gibraltar and Switzerland jumping to the front of the pack in areas of licensing and regulatory compliance that will make them more acceptable to the marketplace.

So, it is very important to understand your various B-to-B as well as B-to-C relationships and to determine what extent the value of your brand will be positively or negatively impacted by your choice of jurisdiction.

Joel has written articles and has been quoted by Forbes, Fortune, Live and Invest Overseas, Hemispheres Publishing, Stansberry Research, Oxford Club, Pirate Investor, True Wealth, Islands magazine, Business Times, Physician’s Money Digest, and the Simon Letter. Joel can be reached at Nagellaw@aol.com or +1-412-749-0500. Follow him on Twitter at @Nagellaw.

How to Structure a Business in Panama