Times are certainly a-changin’ with regards to relations between the U.S. and Cuba. However, despite a warming between the two countries, and the recent death of Fidel Castro,  many of Washington’s economic sanctions aimed at destabilizing the Castro regime remain in place. These sanctions include a ban on ordinary tourism to Cuba by U.S. citizens (as opposed to educational, religious, or humanitarian visits, among others).

Since 1960, there has been an embargo on commercial air service between the U.S. and Cuba. The changes began when, in December 2014, President Obama eased travel restrictions, which allowed travel agents and carriers to book flights to Cuba without requesting permission from the U.S. government.

The U.S. Department of Transportation recently approved a number of airlines to fly to the Cuban capital. At the end of November 2016, the first American Airlines flight left Miami International Airport for Havana, and has begun flying four times a day between the two cities. While American Airlines was the first U.S. airline to land a commercial flight in Havana from Miami, it had already been flying to the communist island for more than two decades by way of a charter service. The first commercial flight from Orlando International Airport to Havana in more than 55 years took off in the same week, with JetBlue launching a new daily flight. In the weeks to come, eight more airlines will travel nonstop to Havana. Those airlines include United, Delta, Spirit, Frontier, Alaska, and Southwest. 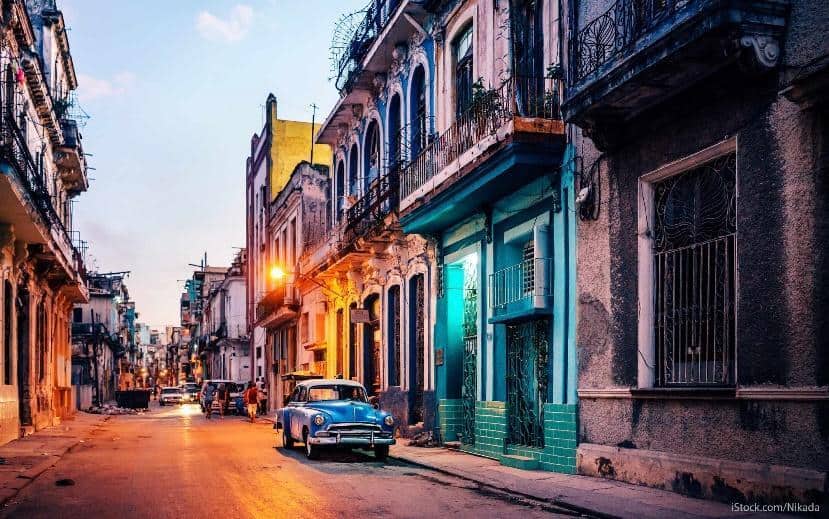 As there is still an embargo in place, U.S. health insurance cannot be used in Cuba. And while in the country, any form of tourist activity (including sunbathing) is a violation of American law.  So for U.S. citizens to visit Cuba, they must go for a specific reason – one of 12 (listed below) which are approved by the U.S. government:

For expat Cubans in Florida, a 2014 poll by Florida International University’s Cuban Research Institute found that some 67 percent of respondents said it was not at all likely they would ever return to live in Cuba. That same poll found a large majority of respondents did not think Raul Castro would improve living conditions in Cuba any more than Fidel had. Although they did say they hoped that Castro’s death would give other long-time expatriates “permission to go, to visit the cemeteries where their relatives are buried, and say goodbye.” 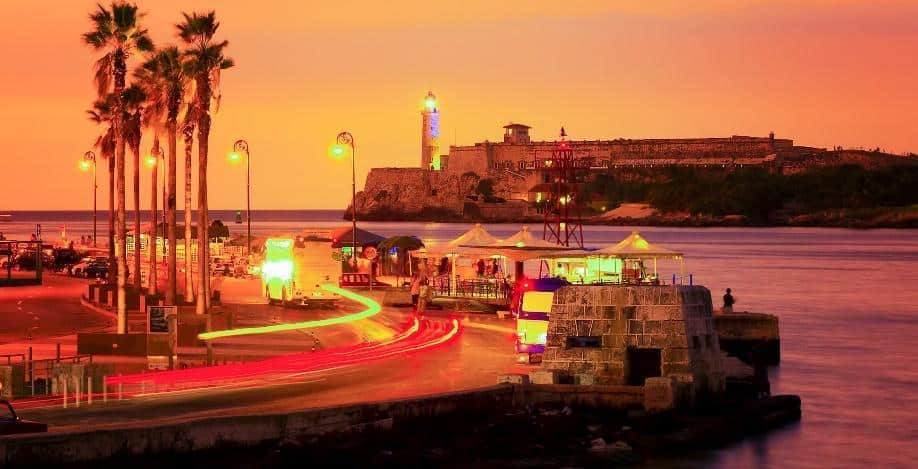 Since the December 2014 easing of travel restrictions between the U.S. and Cuba, a U.S. cruise ship has started to take American passengers (not tourists!) to Cuba, and the first ever ferry terminal will be built in an as-of-yet undecided Florida location to travel between the two countries.

Also you should note that Florida is only 55 miles from Cuba and is usually the depart point for most of the airlines flying there. If for some reason you can’t make it to Cuba (something wrong with your visa, the U.S. rejects your application for entry to that country, or vice versa – where Cuba rejects your visit), keep in mind that there are a ton of things to do in southwest Florida as well.

Get Used to Taking Your Time in the Bahamas