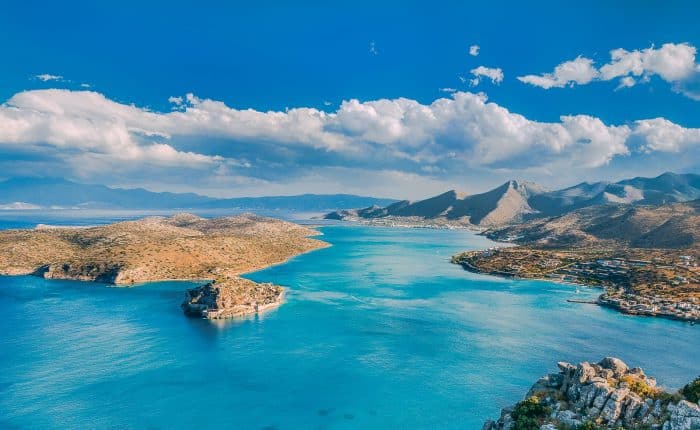 The Moral Virtues Of Going Offshore

We all understand the economic virtues of going offshore, but I’m convinced that they run second to moral and self-developmental virtues.  Going offshore…separating… even “running away” are important, positive experiences.

There are two primary aspects to this: the internal and the external.

I’ll begin talking about the external, then move on to the more important part of this, the internal.

There’s a new tyranny in town.  We’ve all seen it: Mass surveillance (including through Silicon Valley mega-corporations), facial recognition, big data analysis and the lack of any limits. We’re right to be horrified, but the problem goes still deeper, because this is the focal point of a new kind of power.  The new power isn’t burdened with the slow, difficult process of passing laws and marshaling large, armed men to force compliance.

Rather, it operates almost silently.

(Relax, there is good news coming, and you’re part of it.)

More or less every person of the middle class or above has a credit report that drastically affects his or her life. Yet control over the credit rating agencies rests not with the state, but with the banks who acknowledge those ratings.

If, next year, the agencies decide that credit ratings will be cut for citizens who fail to insure their property according to certain standards, millions of people will be pushed into upgrading their insurance, and promptly.

All that is required for such an operation is networked power: A few whispers in linked corporate boardrooms rather than long fights in congress. It should be no surprise, therefore, that building new networks of power is the ruling fetish of the age. Indeed, the new legislative efforts – NAFTA, the Trans-Pacific Partnership, Obamacare and so on – have been precisely those that created networks.

If you’re like me, the idea of networked power – massive, precise power without a face – is troubling.  But this system has one major linchpin, which boils down to this:  It requires more or less everyone to play their game. If any significant
number opt out, their system soon enough fails.

And so,the great bet of the net workers is this: that the masses are incapable of acting against what they’re taught… that even short-term pain is too great an obstacle for them to transcend.

By dropping out of the system in any significant way – and going offshore is a powerful one – we upend a silent tyranny. Going offshore alone won’t do it, but it’s a significant act, and if combined with making all your Internet transmissions invisible to them, and perhaps taking a few other steps, your contribution will be significant.

Not to be too dramatic about it, but by going offshore and going as “dark” as possible, you’re fighting  the enslavement of the next generation.

All the tyrannies of history have rested upon human weaknesses.  Acting on his own, Joe Stalin would have killed a few dozen before someone got rid of him. But by manipulating and deceiving
people, he gained their cooperation and killed tens of millions. Most of the people who cooperated wouldn’t have killed on their own, but Stalin took advantage of their weaknesses. They were intimidated, afraid to stand upon their own judgments, and conditioned to believe in the “new Soviet man.”

I like to say that fear and shame are chemical weapons, and they really are. Our weakness is that those chemicals can be generated in our bodies by manipulative outsiders. I’ll forgo a detailed explanation, but we grow past this weakness by believing in and understanding ourselves.

That should be a very normal thing, but it isn’t. All the large and centralized systems of this world oppose it: They need us to march compliantly along, regurgitating their slogans and never relying upon self-generated thoughts. As it turns out, breaking away is a major factor in repairing ourselves. And the reason is fairly simple:

Living with others inevitably leads to a web of expectations imposed upon us, a web that can engulf nearly every aspect of our lives. This isn’t necessarily malicious; it’s simply what happens among groups of people. But this web of expectations locks us in place, and so we go through life playing “our role.”

By breaking away, you strip off the accumulations of your lifetime and find yourself underneath.

That’s why I say that going offshore, or other variation on the theme, are virtues… moral virtues. And if you spend time studying history, you will find this virtue in most of humanity’s greatest.

Breaking away involves risk, and we need to take risks and expose ourselves to the possibility of failure. Being fully alive comes only from self-generated causes. (Anything external is a secondhand experience.) You must break your own inertia, break through your fears, and move because of your own desires. And this internal breaking of tyranny is more potent than defeating it externally. Your friends and family need to see you doing it.  Even if they complain, it will open new and crucial possibilities to them.

“Outside” is where the best things happen.