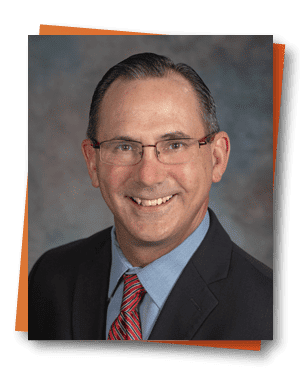 As the President and COO of ASI, Rich has knowledge of every facet of ASI’s operations. He has been an integral part of ASI’s maturation from a precious metals and foreign exchange dealer to a full-service tangible and rare tangible asset provider—to include rare U.S., world, and ancient coins. Rich oversees the operations, administrative, sales, and marketing departments, as well as serving as ASI’s Compliance Officer.

Rich graduated from the United States Military Academy at West Point, New York in 1987, with a Bachelor of Science in Chemistry. He was commissioned as a Second Lieutenant in the U.S. Army as an Infantry Officer. He then served tours of duty at Fort Benning, Georgia, Schofield Barracks, Hawaii, and on the Demilitarized Zone in the Republic of South Korea. He held various leadership and staff positions at every level from platoon through battalion sized organizations. While at West Point, he played varsity soccer. He left military service in 1993 at the rank of Captain.

After a brief stint of direct sales in Macon and Atlanta, Georgia with telecommunications and multinational service corporations, Rich joined ASI (then International Financial Consultants, Inc.), in February of 1996.

In 1997, Michael Checkan, Glen O. Kirsch, and Rich Checkan created, developed and refined a Precious Metals Certificate Program for the Perth Mint. They became the first of only eight Approved Dealers in the world to sell Perth Mint Certificates, the only government guaranteed precious metals certificate program in the world.

When Rich isn’t in the office, he is speaking at a conference or leading a workshop at a seminar. He has spoken at numerous conferences and seminars worldwide and had been quoted in myriad financial newsletters and the NY Times.

Rich has three children, two girls and a boy, and says the smartest thing he ever did was to say “I do” to his wife, Helen.