DOMINICA: THE NATURE ISLAND OF THE CARIBBEAN - Escape Artist

DOMINICA: THE NATURE ISLAND OF THE CARIBBEAN

Dominica is a small island country located between the Caribbean Sea and the North Atlantic Ocean. It sits roughly halfway between Puerto Rico and Trinidad and Tobago, and its closest neighbors are Guadeloupe and Martinique. Dominica is part of North America, with the size of the country being 751 square km. For comparison, the entire size of Dominica is slightly more than four times that of Washington, DC. The island measures 29 miles long and 16 miles wide. It is sometimes called the northernmost of the Windward Islands and at other times considered the southernmost of the Leeward Islands. The population of 72,000 is centered around the capital of Roseau and the town of Portsmouth, both of which are on the Coast, while the island’s interior is sparsely inhabited. The island was a French colony from 1690 to 1763 and then a British Colony from 1763 until it gained its independence on November 3, 1978. The official language is English although French creole is also widely spoken. Over sixty percent of the population is Roman Catholic with the rest of the population being largely Protestant.

Dominica is a Parliamentary Republic, meaning that it has a mostly ceremonial President and a Prime Minister that leads the government with the support of the legislative body in power. The current Prime Minister is Roosevelt Skerrit who has held the position since 2004. He is from the Dominican Labor Party, which in the last election in 2019 received 59% of the vote. The legal system in Dominica is based on common law from the English model, meaning their system is similar to the US and the UK when it comes to legal affairs.

Geographically Dominica is quite mountainous, similar to the Hawaiian Islands with active volcanoes that are still actively expanding the island itself. The island also includes dense rainforest, long secluded stretches of beach, bays, and geothermal lakes. It harbors some of the world’s most endangered species of plants, wildlife, and birds including the Sisserou parrots which is the national bird of Dominica and found nowhere else on earth.

Dominica recently named the top Citizenship by Investment Program for the third year in a row.  Dominica is a Caribbean second passport option that looks like it could make good sense for many folks looking for a reasonably priced second citizenship program. 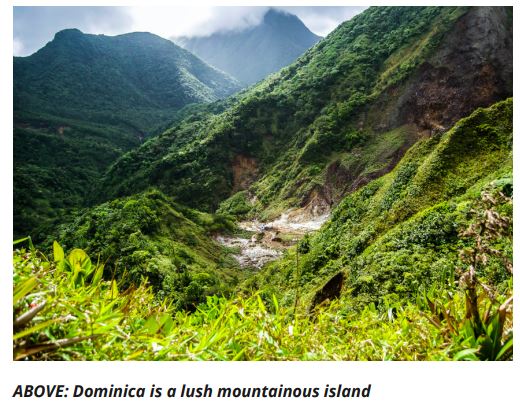 There are several ways to acquire a Dominica passport at different prices and different circumstances depending on the preference of the individual.

In 1993, the Dominica Citizen by Investment Programme was established as a way to help private and public enterprises within Dominica get much-needed capital. The initiative still continues to this day as one of the longest-running, and most affordable Citizenship by investment programs in the world. There are two different avenues one can take when deciding to pursue Dominica citizenship.

The Real Estate option at $200,000 makes it one of the lowest cost real estate options for CIP programs. There are a number of incredibly beautiful villa projects operated as hotel chains that run in the $2- 10 million range which have fractionalized their product down to one or several weeks of ownership to meet the minimum real estate investment amount. I looked at one of these projects recently and it was offering an amount of property time usage, financial returns, or a combination of the both to property purchasers which is really quite exceptional for a CIP project. Of course, any projected financial returns will change based on coronavirus and the potential reduction of tourism going forward, but there honestly isn’t a lot of downsides, based on the $200,000 investment amount. 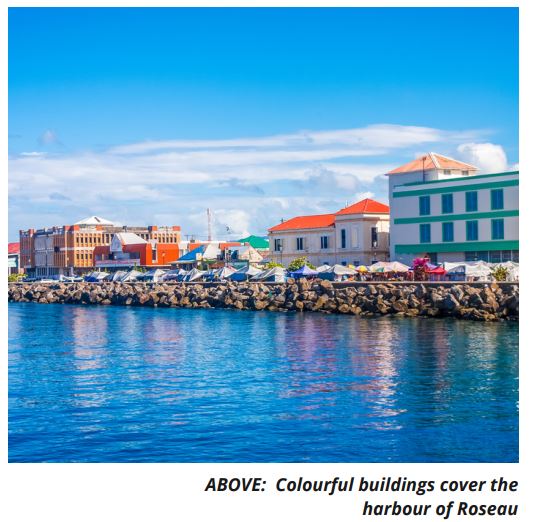 Dominica has the 38th best-ranked passport in the world with visa-free travel to 140 countries. The maximum dependency age is 28, meaning you can include older children over 21 on your family’s application.

While Dominica is a lush tropical island, it is however very dependent on food importation which could be an issue if global imports/exports ever grind to a halt. Fortunately, as a member of CARICOM, it should be able to count on duty-free food imports from food-exporting countries within the CARICOM block, such as Belize. It also has preferential access to trade with the United States.

To apply for this program one must be at least 18 years old, in good health, and have no criminal record. There must also be an official commitment to the investment and an ability to demonstrate outstanding character. Dominica requires that anyone using the CBI programme work through an authorized agent that is approved by the Citizenship by Investment Unit (CBIU). The agent will help you prepare the series of necessary documents required including items like passports, birth certificates, and police records. These will need to be notarized and legalized prior to being submitted. If an applicant is obtaining citizenship through real estate investment, they must reserve a property through a sales and purchase agreement. After a due diligence check, the CBIU will make a positive recommendation to the government provided they are satisfied. If an applicant is approved, the next step is instructions to either donate to the EDF or make a payment to invest in the relevant real estate. After proof of payment, they will issue a certificate of registration which serves as evidence of citizenship. After that, the individual can use that to apply for their physical copy of their new Dominica Passport. There is however no requirement for the applicant to reside in Dominica before or after citizenship is granted.

BENEFITS OF ACQUIRING DOMINICA AS A SECOND PASSPORT

When someone has a Dominica passport, they get full residence status which includes the right to work and live within the country if they so choose. It also gives them Visa-free travel to over 140 countries and territories from Singapore and Hong Kong to the European Union member countries. Dominica citizenship allows an individual to experience minimal taxation as there is no wealth, gift, inheritance, foreign income, or capital gains taxes imposed. The lifestyle benefits of acquiring a Dominica passport can also pay dividends. Time and time again Dominica has been named one of the world’s happiest places to live with a safe, peaceful, and pristine environment accompanied by a vibrant and friendly community. Dominica has hundreds of rivers and waterfalls but also has rugged mountains covered in green that slopes down into the turquoise sea.

Dominica also maintains many generous tax incentives for business individuals looking to do business within the country. They do not restrict the repatriation of profits and imported capital, and also have corporate tax incentives along with tax relief benefits. Another reason to not worry when getting your Dominica passport is that the East Caribbean dollar, which is the currency of Dominica, is pegged to the US dollar at a fixed rate. This is attractive as it allows a consistent, standard conversion of currency with not nearly as many fluctuations as if you traveled to Europe and tried to exchange dollars for euros.

In conclusion, Dominica checks all the boxes for an outstanding Citizenship by Investment Program. Whether you’d like to live full time, part-time or no time in Dominica, their Citizenship as a solid back up plan can be instrumental in helping you to achieve your residency and second citizenship goals.

Joel M. Nagel is an international lawyer and entrepreneur focusing his practice in the area of asset protection, cross-border transactions, second citizenship programs and global investment. He speaks all over the world on the topics of asset protection, global banking and investment, citizenship and residency and international legal compliance. He has served on several bank boards as well as dozens of corporate boards.  He has also served as a bilateral and multilateral diplomat for the country of Belize.