BUILDING YOUR GLOBAL WEALTH FORTRESS UPON A COOK ISLAND TRUST

The Cook Islands (or “Cooks” for short) is an archipelago of some 15 islands in the South Pacific with a population according to the United Nations of only 17,566 people with another 60,000 or so inhabitants living in New Zealand who claim Cook Islands’ ancestry. The islands are located to the northeast of New Zealand and directly south of the US Hawaiian Island chain.

The Cooks have been inhabited for just over a thousand years with the first inhabitants migrating from Polynesia. The 15th and 16th centuries saw occasional Portuguese and Spanish ships frequent the Islands as they explored the region. In 1774 and later in 1777, the British Sea Captain James Cook visited the islands which is how the Cooks got their name. European Christian missionaries settled in the islands in the 1820s and were followed soon thereafter by whaling ships as a stopover for food and fresh water. The island became a British protectorate in 1888 and later annexed by Great Britain in 1900. They were then included as a territory of the British colony of New Zealand in 1901 creating a special association between the Cooks and New Zealand which has lasted to this day. Under the British Nationality and New Zealand Citizenship Act of 1949, the Cook Islanders became citizens of New Zealand. This status is also still in effect despite the fact that the Cooks were granted autonomy and self-governance in 1965. Their current status is as an independent country in “free association” with New Zealand which represents the Cooks in foreign affairs as well as provides for its judiciary system (New Zealand courts interpreting Cook Island laws). 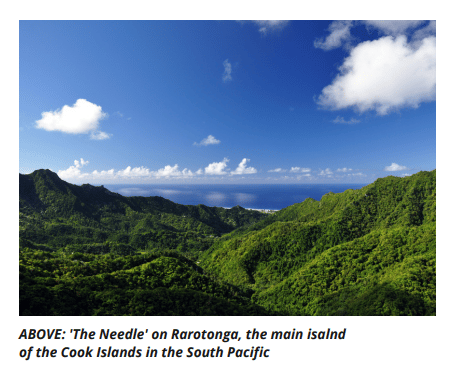 The Cooks have their own direct bilateral diplomatic relations currently with 43 countries and they have subscribed to numerous multilateral organizations and treaties. (But is not itself a member of the UN). Queen Elizabeth is the titular head of State as part of the British Commonwealth. The Cook Islands passed its first Trust law statute in 1984, modeled loosely on the 1961 codified Trust Act in operation at the time in the Isle of Man. Later, and more importantly, the Cooks amended that original law in 1989 with the assistance of US legal and asset protection specialists to create the basis of the very solid asset protection laws in effect today.

That amendment introduced some of the world’s first legislative asset protection features and litigation barriers found in any trust act. The amended law provided for:

These principals in conjunction with extensive case law have made the Cooks widely accepted as one of the most protective asset protection jurisdictions in the world.

Take the statute of limitations for claiming a fraudulent conveyance, for instance. It’s two years from the initiation of any legal proceeding or one year from the establishment of the Cook Islands’ trust, whichever comes sooner.

If a plaintiff sues a defendant in the United States, for example, the case itself with preliminary hearings and motions could drag beyond the Cooks’ statutory period for challenging the conveyance. Furthermore, the plaintiff needs to prove beyond a reasonable doubt that the defendant unreasonably alienated the specific asset to which a plaintiff is trying to assert a claim. This is indeed a high hurdle to overcome in attempting to sue a Cook Island’s trust.

Another advantage of the Cook Island trust is its flexibility from all aspects. It can be structured as a “Special Purpose Trust” for one particular reason. I had a client who funded a “paid-up” life insurance policy in his Cook Island trust in the name of his fiancé to meet his obligations to her under a prenuptial agreement prior to marriage. The soon to be “wife” was the sole beneficiary of the trust, but she gave up all claims to my client’s preexisting wealth in return.

Next, a Cooks’ trust can go on virtually forever as what’s called a “Dynasty Trust”. In this scenario the beneficiaries are only able to access a portion of the trust income, thereby allowing the trust corpus to be protected and preserved for a very long period of time.

This works well for family farms, factories, and other productive methods of producing long-term revenues which are better left intact rather than being divided into the hands of multiple children, grandchildren, etc. It is also relevant in the cases of large investment portfolios that can generate sufficient income to support beneficiaries without chipping away at the portfolio’s capital. 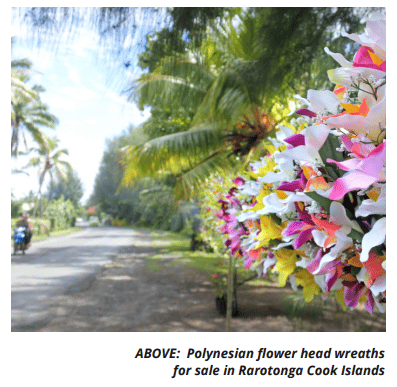 Besides the examples above, a Cooks’ trust can also own any sort of asset wherever located in the world. This means real property, intellectual property, life insurance, any type of financial assets, stock options, warrants, annuities and it can be the beneficiary of a will, IRA or pension plan. There’s really almost nothing that it can’t own for the benefit of its trust beneficiaries.

A Cook Islands’ trust basically has four components. The first three are the traditional aspects of a trust, namely the grantor (who places or settles money into the trust), the trustee, (who becomes the legal owner of the trust assets and administers them on behalf of the beneficiaries), and the beneficiaries (who benefit from the trust but have no direct ownership or control of the assets). The fourth component of a Cooks’ trust is the concept of a “Protector”. The protector is not the trustee and has no direct “fiduciary” obligations for holding money, making investment decisions, etc. The Protector can in certain circumstances, however, replace the trustee, if issues arise whereby the grantor or beneficiaries have legitimate concerns about the trustee’s handling of the trust assets, and/or any distributions to the beneficiaries.

The local law on this is somewhat liberal and even the Grantor can serve as a protector in the Cooks. As a US legal practitioner, I personally do not like to see the Grantors retaining this protector role for themselves as any US court would see it as an attempt to undermine or keep control over assets supposedly irrevocably gifted to a trust. It is appropriate, however, for a client’s lawyer, CPA, sibling, business partner, or really anyone who is a disinterested person (meaning they have no direct interest in the trust as a beneficiary themselves) to serve as the trust protector.

Once the trust is established and functional, a variety of operations and flexible administration can happen. The trust can open any type of financial accounts in their own name. This could be a bank account, brokerage account, precious metals’ facility, options, forex, etc. The list is endless.

It can also open up a corporate entity including IBC, LLC, Inc., SA, GmbH, Foundation, or Anstalt. The list goes on and on and as the owner of the corporate structure, the trustee has the power to appoint managers or representatives to run the companies. This includes the freedom to appoint the trust grantor, beneficiaries, or their close family members and friends to these positions. Again as a practitioner, I believe this “liberality” undermines the concept of transferring control away from the grantor, but this is certainly something a number of people (especially those with operating companies) want.

In this scenario, the trustee is in the background as the ever-present legal owner of the assets and able to step in anytime, but for normal day to day operations (when there are no litigation or other attacks against the business), the management of the business stays with the original grantor. This type of structure can also work well as a training wheel as business leadership and operations pass generationally. The trustee can ensure that it’s done within the trust parameters as laid out by the initial grantor. 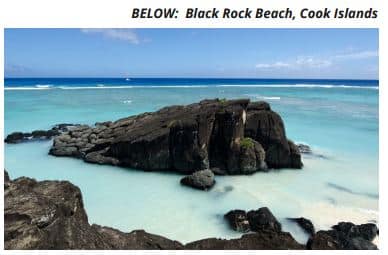 With this type of structure, it’s possible to operate a family business for many, many generations. The trust structure functions as the legal backbone of what’s typically referred to as a “family office” structure. The beneficiaries may play a role in the operations during their period of stewardship, but the continuity of legal ownership stays with the trustee and focuses on the transition from one generation to the next. I recently read an article about a family vineyard and winery in Europe that was being operated by its 18th successive generation. Wow! That’s absolutely unheard of in this day in age with few businesses even able to make the jump from one generation to the next.

The former chief executive officer of the Cook Islands Financial Services Development Authority, Jennifer Davis, summed up the important role that a Cook Islands’ asset protection trust can play, stating “asset protection is to provide a layer of insurance for something that cannot be insured, the unforeseeable”.

As long as it’s structured properly and compliant with US or your home country tax laws, the Cook Island Asset Protection Trust is one of the best ways you can protect against the unforeseeable. But it must be set up and funded BEFORE there is a problem, not after the dark storm clouds have gathered on the horizon of your business or personal life.

Once your teenage driver wrecks your car and paralyzes or kills someone; or after your client or customer sues you for malpractice; or after your ex[1]business partner sues you for perceived damages to your business; or after any other type of black cloud scenario closes in on you, you must have your asset protection trust structured and funded. To try and establish such a trust after the storm clouds have gathered around you opens you up to additional civil and potentially criminal actions being brought against you in your own country under the doctrine of “fraudulent conveyances”. In conclusion, there has never been more urgency to structure an international APT than today. With riots erupting across America, massive economic damage as a fall out of COVID 19, and political tensions in the run-up to the US Presidential elections at heights never seen in modern times, the time to take action against these uncertainties and unforeseeable risks is now. As the Boy Scout Motto instructs, we must “hope for the best and prepare for the worst”. A Cook Islands’ trust will provide the peace of mind necessary to face the fears and uncertainty that lies ahead, knowing that you are doing everything possible to safeguard whatever wealth you and your family have worked so hard to accumulate.