Meet the Vanuatu duo taking on the world - Living in Vanuatu 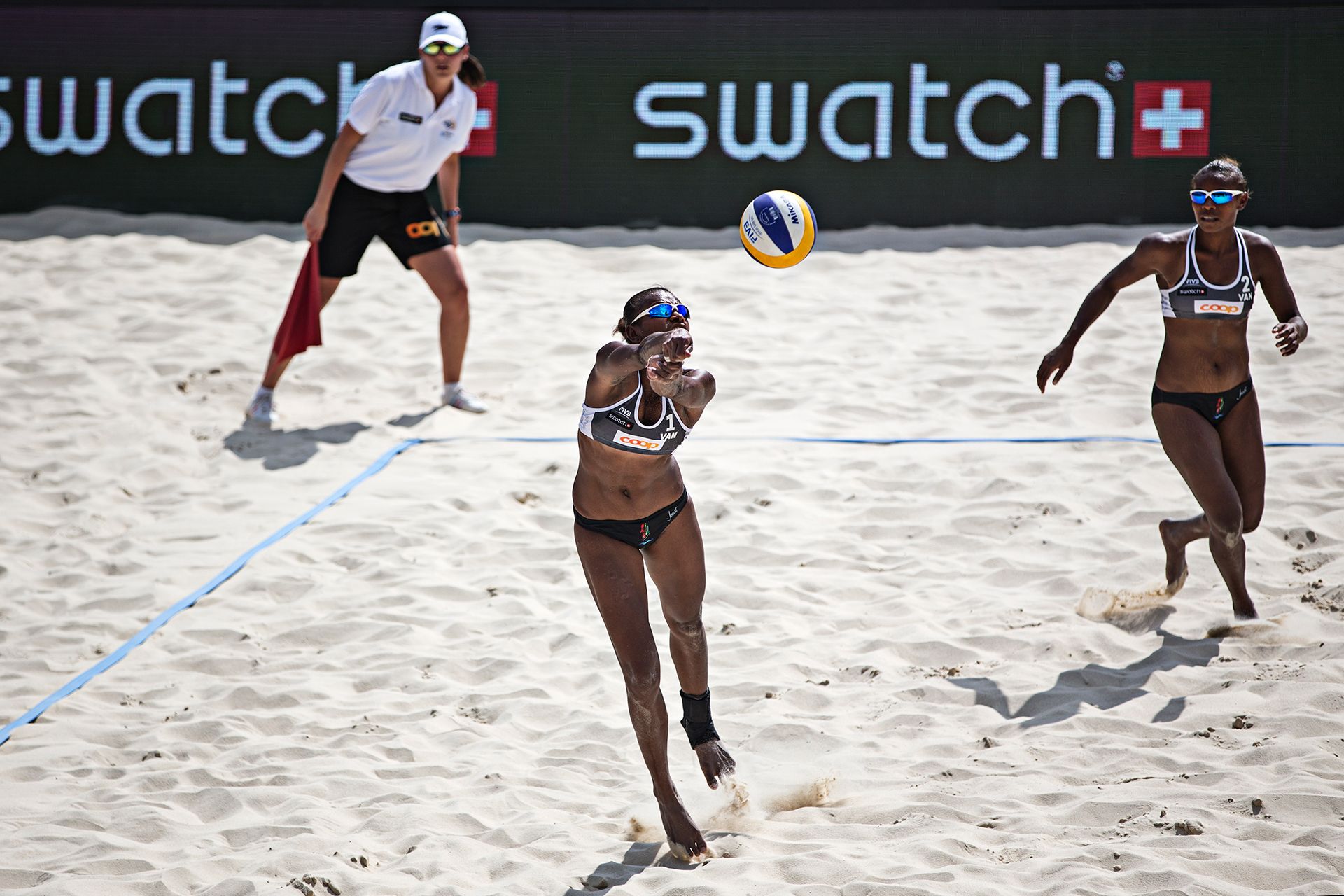 Every four years there’s an Olympic story which captures the heart of the world and this summer Miller Pata and Linline Matauatu are dreaming that it’s them making waves on the Copacabana.

Four years ago the smiley superstars from the tiny South Pacific Ocean island of Vanuatu agonizingly missed out on a place at London 2012.

But as Rio fast approaches this coming August, the duo have eyes firmly fixed on aiming to represent a nation whose population is just 250,000. To put that into perspective, Brazil’s population is a whopping 205 million.

It wasn’t until 1988 that Vanuatu first took part at an Olympics and in the following six games just 29 athletes have gone onto represent the country in the summer showpiece. The number of those that played beach volleyball? Zero. Zilch. Null. Nada.

Well that all might change this summer!Pata and Matauatu, who we remember well from last year’s Gstaad Major, have been continuing to add to their glowing reputation in 2016 as they hunt for a place at this year’s games in Rio.

If any proof was needed that these girls mean business, last year the team hit the headlines when they knocked out World Champions from Brazil Ágatha Bednarczuk and Bárbara Seixas in the second round of the World Series of Beach Volleyball. Vanuatu beating Brazil? You better believe it!

Between them Pata and Matauatu have won three golds in their fledging professional careers, yet what they strive to achieve most is to follow in the footsteps of their gold medal heroes Misty Mae-Treanor and Kerri Walsh Jennings.

One of the 24 places in Rio is so close for the islanders they can almost feel the Copacabana sand between their toes – but they still face a fight to qualify between now and August. They lie 540 points behind the 17th place in the provisional rankings, but can also gain an Olympic spot by winning the Continental Cup in June.

More results like the one they pulled off last year will help their cause and you never know…that iconic Olympic moment may just feature two grinning girls from the South Pacific who play beach volleyball.