Don't Be Afraid to Travel to Mexico

Travel in Mexico
By Mexico Editor 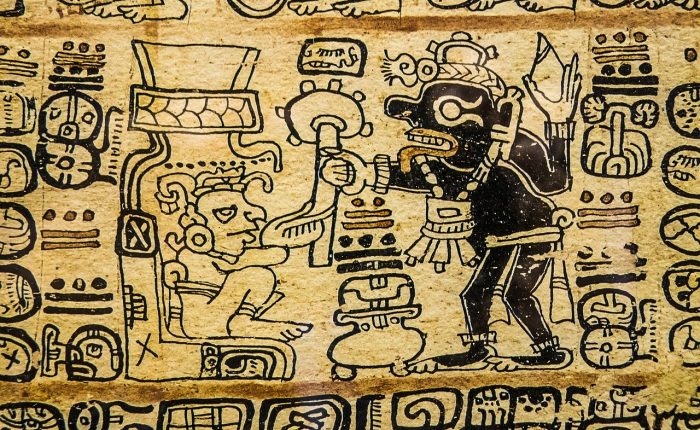 Mexico has been in the news a lot lately, unfortunately not very much of it good. We’ve all heard about the drug war being waged on the Mexican border and the countless number of murders, deaths and collateral damage suffered as a result. We’ve also heard stories about the H1N1 virus, how it reportedly originated in Mexico, and the many mistruths about it being widespread and virulent throughout the country.

I have a family trip planned to Cancun in thirty-two days. While I’m naturally concerned for the safety and well-being of my family members and myself, I’m not worried about my upcoming vacation – a much needed getaway – in the very least. Hopefully the information presented below will help dispel many of the untruths, rumors and public opinion about traveling to Mexico and ease the fears of others planning their vacation to this very beautiful and safe country.

The U.S. State Department has issued a travel alert for citizens traveling to certain parts of Mexico. It’s true that violence stemming from a drug war between Mexican cartels holding tight to territories that have been under their control for decades and the Mexican army, police and U.S. police and military involved in the conflict has escalated and should cause concern. These areas, including Tijuana, Chihuahua City, Monterrey and Ciudad Juarez, have been deemed unsafe and should be avoided by travelers. Just recently, a kidnapping involving a U.S. Citizen occurred in Tijuana. Thankfully, the woman held captive for ransom has been rescued and has since returned home unharmed.

It should be noted that most of the violence in these areas has been primarily directed toward cartel and gang members, police and public officials. As was shown in the recent case involving the kidnapped vacationer in Tijuana, this statistic should do little to alleviate anyone’s fear about traveling to these areas. Nor should it. However, I’ve noticed that many of those arguing against travel to Mexico altogether because of the drug war have said little, if anything, about the spillover into the U.S. I don’t hear these people telling me to avoid San Diego, for instance. Canada and other countries issue advisories about traveling to the United States all the time. The same people in the U.S. advising family and friends to avoid travel to Mexico might be appalled to learn that areas in the U.S. they themselves travel to or call home may be on another country’s list of places to avoid. Violence and crime exists everywhere, even in our own backyards.

Largely unaffected by the violence in the north, the tourist destinations of Cancun, the Riviera Maya and Puerto Vallarta, just to name a few, continue to see very little crime. Statistically-speaking, the principal tourist spots in Mexico have always been considered safe travel destinations. Most of the criminality in these areas consist primarily of petty crimes, such as theft, and other crimes that, with preparation and a dose of common sense, can be easily avoided.

The easiest rule to remember when traveling to Mexico, or any foreign country for that matter, is to stay alert and remain aware of your surroundings. Crimes against women should be a special concern, as many of the violent crimes that occur in Mexico involve rape. Whether you are a man or a woman, you should not stray out alone in Mexico, especially at night. A moonlit walk on the beach, though it sounds romantic, should be avoided. Stay on resort property or visit well-lit public places with others in your party, if possible. Place valuables in your hotel safe. Avoid using out-of-the-way ATM’s, especially at night. Put simply, exercise common sense, understand the local laws, and research your destination and activities as much as possible and you’ll return home safely with fond memories of your vacation.

Long are the tales of corrupt policemen in Mexico who plant drugs on unsuspecting tourists or pull them over in rental cars looking for la mordita, a bribe, in exchange for letting them go. Unfortunately, police corruption remains a problem in Mexico, especially in the north and metropolitan areas. Here are some tips to avoid falling victim to police looking to line their pockets with tourist dollars:

* Avoid renting a car, if at all possible. It’s widely suspected that police target travelers in rental cars, especially those en route to the airport. Instead, rely on mass transit, cabs or transfer services to get you where you need to be. It can be dangerous driving in Mexico, especially at night, so this might save you more than just police trouble.

* If you are pulled over while driving, be sure to record everything. Take a notepad and pen with you. Remain calm and polite. Ask for the officer’s name and why you’ve been pulled over. Jot down badge numbers, license plate numbers and descriptions.

* Keep your head! You are going to feel intimidated and scared. If you panic, you may do something to make the situation worse.

* If you feel that the police are looking for a bribe, ask to be taken to the police station. A corrupt officer may wish to avoid the trouble of taking you in and could let you go.

* If you need the help of the police, ask for La turista policia. Tourist police are reported to be friendlier and more helpful than traffic and metropolitan police.

While it’s true you run the risk of being the victim of crime or something more dangerous like terrorism or the swine flu when you travel away from home, you also run the risk of being hit by a moving bus when you walk out your front door. It is no more dangerous traveling to most parts of Mexico than it is to any major U.S. city. It is absolutely safe to travel to Mexico with your family if you exercise common sense. Most crimes happen to unsuspecting travelers. Don’t be an unsuspecting traveler! Educate yourself. Learn about your travel destination; brush up on the language, customs, law, transit systems and locations. Believe me, not only will it serve you well to know these things, but the locals will appreciate you for it.

I hope you got value from this article: Don’t Be Afraid to Travel to Mexico. If you would like to move to Mexico and need some help with immigration, please contact us HERE. I think you’ll really like these articles! Enjoy!