Expatriate to Ecuador - Living in Ecuador

ImageLive in Ecuador
By EscapeArtist Editor 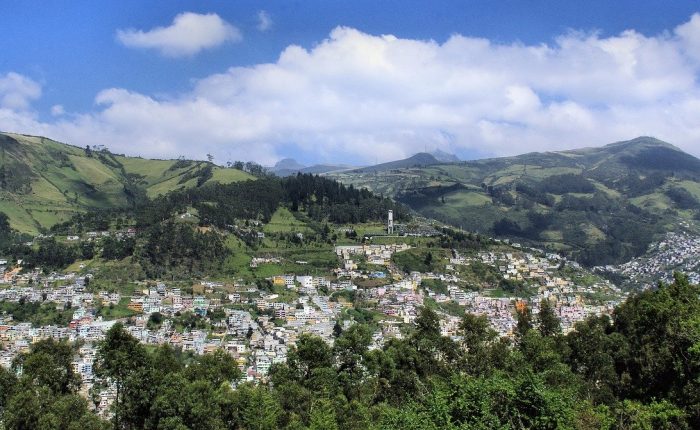 Want to expatriate to Ecuador ?  Hop aboard and join the masses !  Ecuador, and many other countries, are seeing an influx of Expats, mostly from so-called “First World” nations such as the USA, Canada, the UK, Russia and China.  Not only are the numbers rapidly increasing, but the demographic model of the “typical Expat” (haven’t found one yet) is dynamically evolving.  While this brief report focuses most heavily on USA expatriation, I can assure readers from around the globe that a look into their own nation’s statistics will likely yield very similar results.

According to the most recent verifiable data, conducted by Bob Adams and the American Wave SA, the expatriation trend amongst USA citizens tripled from just 2009.  American Wave SA was established in 2005, precisely to analyze expatriation trends.  Oddly enough, this is generally hard to come by data.  Why?  Think about it.  If you are “Country X”, you often brag about the number of immigrants entering your country (“Because….they like me”…they really like me”), but do you want to “brag” about the folks hitting the exits, especially if those numbers have tripled in only a few, scant years?

The strong trend to expatriate from the USA can be traced to many factors. As the world truly appears to “get smaller”, it is often easier and cheaper to relocate than at any other time in history. Couple this with the dramatic economic hit taken by the average USA household, especially over the last decade, and it is not too difficult to surmise that many are looking towards Ecuador and elsewhere, for a better quality of life.

The economic expatriation trend is even more startling when you break down the demographics of the trend.  When one thinks “permanent relocation overseas”, we have almost been conditioned to think “retiree” or “snowbird”.  The truth is that retirees are more frequently considering spending their golden years in Ecuador and other more affordable locales across the globe, but the sharpest rise in expatriation has occurred with young adults.  In the USA, it is young adults that are most interested in permanently leaving and establishing roots elsewhere.  There is little doubt that such a trend can be linked to the weakening USA economy, lack of well-paying jobs and steadily rising “real world” inflation.

The recent spike in the arrival of the 25-34 demographic group in Ecuador is undeniably strong.  In the last 12-16 months, it has been the largest influx of clients that we care for in our real estate business.  Many are coming with young families, searching for a better life, perhaps looking to attain a fertile farm to control their fate and generate income for their families.  It is a modern-day version of the young pioneering spirit that once swept proud “Americans” across the USA plains towards California.

Pausing, for a side note, I have a theory for the sharp drop-off in expatriates in the 18-24 age bracket, the only category seeing lower numbers.  While USA unemployment has sky-rocketed, well beyond “official” government figures, the numbers are even more staggering for the “youth unemployment market”. My belief is that many in the 18-24 year old bracket are just as driven to expatriate as the 25-34 year old bracket, but they simply lack the financial resources and wherewithal to make the move.

The other “constant myth” that permeates the expatriation discussion is that of defining the financial status of the those likely to relocate.  Ironically, it is a debate which rages, almost always anchored by one polarizing belief or another.  The arguments presented usually favor either the belief that only the “mega-wealthy” leave in order to avoid “paying USA taxes, like the rest of us”, or the counterbalancing extreme that only “financially ruined malcontents” depart the USA shores.  Ironically, both sides are correct…and… also… incorrect.  The data suggests a much more complicated snapshot, where the expatriation trend is spiking upwards across almost all financial strata categories.

If there is any truth whatsoever to the raging, often extremist, debate it is that both the most wealthy and the least financially successful are heading out the door at a more rapid rate than the general populace.  In the case of the former, likely due to seeking better opportunities, in the case of the latter, out of necessity.  Here is the irony and I say this with extensive empathy and not an ounce of intended cynicism.  Who is being left behind, holding the proverbial “bag” once again?  Yep, the hardcore USA middle class.  The same folks paying a disproportionate percentage of the tax burden, while receiving none of the benefits.

showing an expatriation spike.  They are, instead, holding steady.  Not getting lower, but not rising either.  If my predictions hold true for what I expect over the next 5 years in terms of tax burden, unemployment data, and investment/pension “reform” in the USA, then “Katy bar the door”, because the largest exodus spike will soon be coming to Ecuador and all points global.  The USA middle class is in the crosshairs of the economic debacle and it is not bound to get better any time soon.

Keep in mind that while the percentage figures in the charts may not seem “significant” at first glance, they represent startling “real world” numbers.  For example, just a 2.5% expatriation movement equates to over 3,000,000 USA households, or roughly close to 7,000,000 “Americans”.  The entire existing population of Ecuador stands at just over 14,000,000, for some relative perspective.

Where we are presently most feeling the impact of those dramatic expatriation numbers, in Ecuador, is in the tightening real estate market.  Many of our competitors eschew this data, because it is not “attractive” “or something that can be packaged to generate sales”.  My business is selling real estate, not sunshine.  The pages of this website will always be used to provide realistic data, not  “puff n’ fluff”. The truth is that in many real estate sub-market categories in Ecuador, the market is witnessing an inventory shortage.  The pent up demand is outstripping supply.  We have “waiting lists” numbering in the hundreds for certain types of product in the real estate industry, if built to quality standards.  This is before the mass USA “middle-class exodus” occurs, which I see a reality in the next 5 years.

If you are even remotely considering an expatriation option, I invite you to visit Ecuador at your leisure.  Discover this country, so steeped in history and rich in biodiversity.  It might just make the perfect future home for you.  However, to begin your exploration, you have to hop aboard and make waves. Preferably, before the last ship has set sail.

The Physical and Psychological Health Benefits of Life in Ecuador