Increased Flights to Belize: What Does That Mean? - Escape Artist

Increased Flights to Belize: What Does That Mean?

There are countless draws to visiting Belize. Home to the second largest barrier reef in the world and very close to the Blue Hole, the country is a known diving and snorkeling destination. National parks, marine reserves, and Mayan Ruins all contribute to the opportunities for adventure. The ideal dry season weather makes for the perfect winter-weather getaway.

The main spoken language is English, making Belize an easy transition for vacationers and those looking to take an extended stay abroad. This country has been my first trip abroad, and I didn’t have any trouble at all getting used to the culture. Everyone is kind and navigation is easy in Ambergris Caye.

Beginning this June, Belize is going to become an easier travel destination. Southwest announced direct flights from Denver, Colorado, to Belize City on March 11, 2017. Soon after, on June 4, non-stop flights from Fort Lauderdale, Florida, will begin. 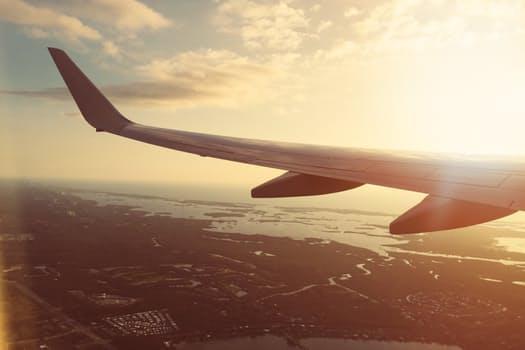 Southwest has increased its ability to cater to the rising popularity of Belize by 117%. The two new routes are added to the current direct flight from Houston that started in November 2015, overtaking Delta Airlines as the third-biggest U.S.-based airline serving Belize.

WestJet, a major Canadian airline, has also added more direct flights within the past year. Beginning in October of last year, flights from Toronto, Canada, to Belize City began to take place.

The addition of these flights make getting to Belize and back a much easier, quicker, and more enjoyable experience. Having amazing experiences shouldn’t be a difficult task. Nobody wants to deal with long layovers and stressful flight schedules.

Ambergris Caye has been increasing in tourism, leading to more investment and real estate opportunities. Now is the time to invest in Belize. It’s right in the sweet spot where the investment has room to appreciate.

The flights also mean the number of people deciding to choose Belize is going to increase. Travelers go where they see others going. Due to the “Southwest Effect,” a phenomenon that is defined by the increase in flights to certain destinations in attempts to keep up with Southwest, we may see an even higher increase.

Over the past few years, travel to Belize has been on the rise. Between 2011 and 2015, there was a 46% increase in cumulative growth in tourism from cruise ships, land travelers, and flights to Belize, according the Belize Tourism Board. From just 2015-2016, there was another 13% increase.

The Philip Goldson airport (BZE) has experienced a 30% increase since last year. Cruise ships set a new record in 2016 with a 4.9% increase from 2015, with 1,005,394 cruise passengers disembarking in Belize.

Compared to Guatemala, Mexico, and nearby Caribbean islands, Belize is increasing drastically in popularity for tourism. According to the government, this increase is in reaction to active marketing strategies, improved infrastructure, and greater cooperation between private sector tourism stakeholders.

The Quest for Your Dream Job Abroad