Hunting for Teak in Vietnam

19 years ago I read an article by Kathie Peddicord, who was running International Living at the time. She was expounding the benefits of reforestation incentives and specifically mentioned teak as a product of choice in both Panama and Vietnam. Having just left the computer industry for a full-time exploration of opportunities south of the border, this certainly seemed like something to investigate.

But why forestry and why teak specifically? In short, having done well in the computer business and recently married, I was beginning to think about how I might want to steward wealth for future generations in my family. It made sense to look at what had worked for others, so I asked myself, “What were the old-money families doing with their vast wealth? How were they investing?”  And “old money” was the key here for me.

The millionaires and billionaires created during the 1980s and 1990s in the computer field were seen as “new money,” and the traditional markets appealed to most of them. But the stock market didn’t appeal to me, having been burned a few times by some boiler room guys working for a large, well known, and “respected” Wall Street brokerage house. And I still don’t trust the markets. Too many variables and too similar to Las Vegas, where the house always wins. 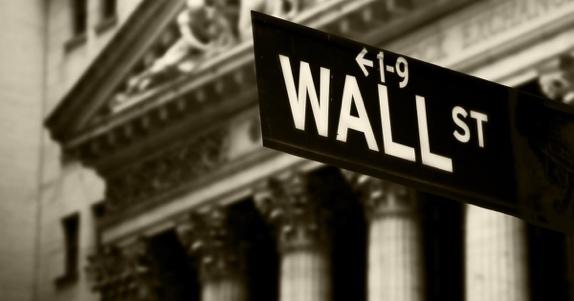 For the corpus of my assets, I wanted long-term, tangible investments like real estate. Getting real diversification was important too, both internationally and by business type. Opportunities overseas are harder to come by, more difficult to evaluate, and require more specific effort on the part of the investor. But the yields can be far greater and make the extra effort worth it. The bottom line for me was that while I would never bet against the U.S., I also knew it was important to not have all my eggs in one basket.

To diversify by business type, I wanted some cash flow investments, some asset growth investments, and some investments that have long periods of illiquidity. Yes, I wanted illiquid assets too. Sounds odd, but the richest families in the world have perhaps as much as a third of their wealth locked up in timberland and other illiquid investments on purpose. What do they know that most average investors don’t? They know that their great grandkids, whom they will never meet, will have access to funds in the future. To protect children from themselves and the risks of “blowing it all,” keeping big chunks of these assets locked up for decades helps to stabilize the basis of the portfolio.

The illiquidity also acts as a major hedge against large economic down cycles to preserve assets for future generations. Imagine forestry investments from 1929 through 1950, a 21-year period of economic stagnation. The trees still grew, and in the 1950s when the economic boom began, those trees were sold into a rising market producing major gains for the family. These were the considerations our group was making when we decided to get into forestry as an investment class.

And so, in late 1998 and early 1999, a small group of us decided to look into forestry as a way to enhance and diversify our portfolios. Here’s the story of how we decided to become teak plantation owners in Panama. It all started with a trip to Vietnam, and what a trip it was.

There were six of us venturing on a 30-hour trip via South Korea on Korean Airlines, to Vietnam.  A long trip to be sure. David Kim, a member of our evaluation team, tried unsuccessfully to weasel us into the executive lounge during a 7-hour layover in Seoul. With nothing but time on our hands, we wandered the airport in search of a comfortable place to kick back. I don’t remember finding one. 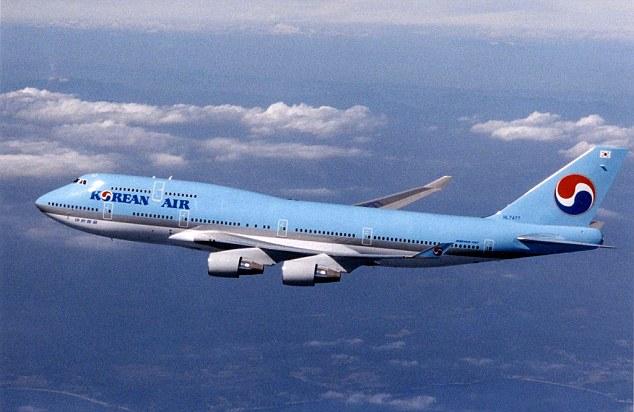 Once on the ground in Vietnam, we were met by Mrs. Mi, our “guide.” Handler would probably be more appropriate, because she never once left our side over 9 days in the country. A delightful lady whose family had suffered terribly and had been torn apart by the war, Mrs. Mi was open and honest about those years and what that had meant for her and the country. She was also a fountain of knowledge about forestry, and more specifically about the secondary business of furniture production.

Our group started with two days in Ho Chi Minh City, formerly Saigon, to meet with embassy folks, the consul’s office, and to get a general lay of the land…and to try and get over the jet lag of a 12-hour difference in time zones. We stayed near the city center in The Majestic, a hotel that was opulent yet unbelievably cheap. The hotel was located right next to a covered alley where everything under the sun was being sold at 4 A.M., including chickens plucked live (because of jet lag, Joel Nagel and I happened to be up at this time). Yes, you read that right. Live chickens being plucked as we walked by to keep them “fresh” for the day in 100+ degree heat and no refrigeration. I don’t think I’ve seen or heard anything like that since. 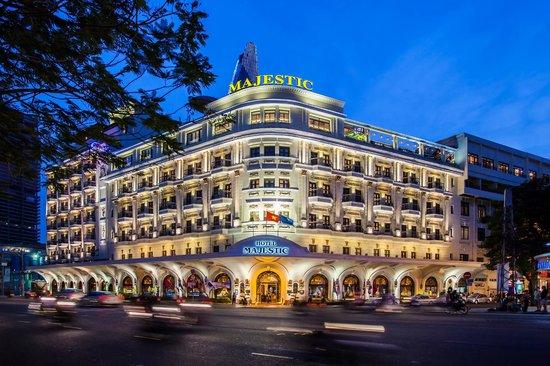 Later that day we departed for Hanoi, a 2-hour flight as the two cities are near the north and south ends of the country. In Hanoi, our main purpose was to visit several teak plantations further north. The drive out of the city and into the countryside was incredibly scenic, with jungle mountains and karst topography – basically limestone mountains that rise up out of the valley floor nearly vertically to create stunning cliffs and pinnacles. A book I read once described their formation this way; imagine a giant sugar cube that has hot water splashed on it, with the spires of sugar crystals standing straight up between steep, deep valleys. This is a pretty good description.

After a few days in Hanoi viewing the plantations, we headed back to Ho Chi Minh City to meet with businesses in the furniture production and export industry. In the mid to late 1990s, Vietnam was moving full speed ahead into the manufacturing of all types of home furnishings. They offered prices for containers of furniture FOB (Free On Board) so cheaply that it made my eyes water. That or the fumes from the lacquer spraying warehouse where I thought I was going to pass out or get high. No OSHA going on there then.

One funny story is that one weekend morning (Sunday), the six of us and Mrs. Mi went to visit the offices of a furniture factory in Ho Chi Minh City. The place was deserted, and after parking and getting into the building we piled into a tiny elevator about 16 square feet big. Packed like sardines, we started up the 3 floors to the office at the top when, all of a sudden, the elevator stopped and the lights went out. By the way, the temperature was nearing 100 and humid. Not knowing if, or when, we would get out, and with little or no room to maneuver, we anticipated a long wait. One of our crew members, Billy, started singing “100 Bottles of Beer on the Wall” and soon we had all joined in, including Mrs. Mi. About the time we hit 30 or so, the elevator began to move, and soon the doors opened on the 3rd floor, where we were greeted with a blast of cold air and company officials embarrassed and relieved all at the same time. I seriously doubt their relief exceeded ours.

Another story from the trip was the visit to the fish sauce factory. Fish sauce is a staple ingredient in almost all Asian food. In fact, it’s the one ingredient that makes the food incredibly flavorful. Have you ever noticed that when you make Asian food at home, it lacks just that little something from the restaurants?  No, not MSG. Probably fish sauce. Well, spoiler alert, you may not want to know how it’s made. If not, skip the next paragraph.

Fish sauce is made from whole fish, usually the small fish that are too small to be easily filleted or sold to restaurants. The fish are packed in a barrel and then set out in the sun, stirred daily, for up to 6 months. After the fish breaks down and ferments, a liquid floats to the surface. This “juice” is drained off, strained, and bottled. Voilà, fish sauce. 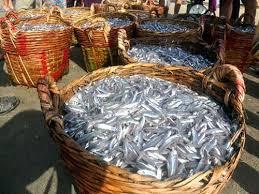 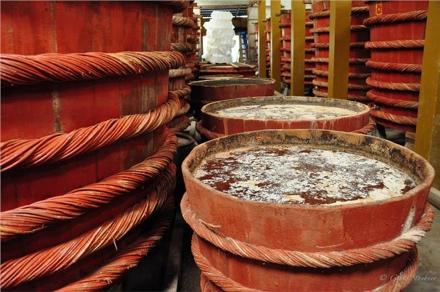 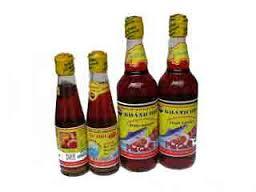 Fish sauce in barrels and bottles

After several days touring factories and another plantation near Ho Chi Minh City, we enjoyed a local marketplace to pick up some souvenirs. The place was packed mostly with locals and other Asians, but very few Westerners. One family was selling paintings, and when we decided not to buy from them, they packed 5 people onto a motorcycle and followed us back across town to our hotel to get one more bite at the apple with us there. If I could hire sales people like that, wow! Incredible persistence and perseverance. 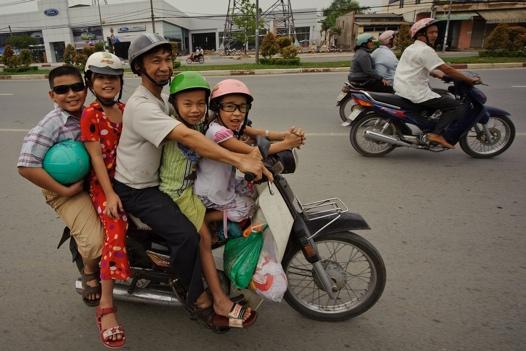 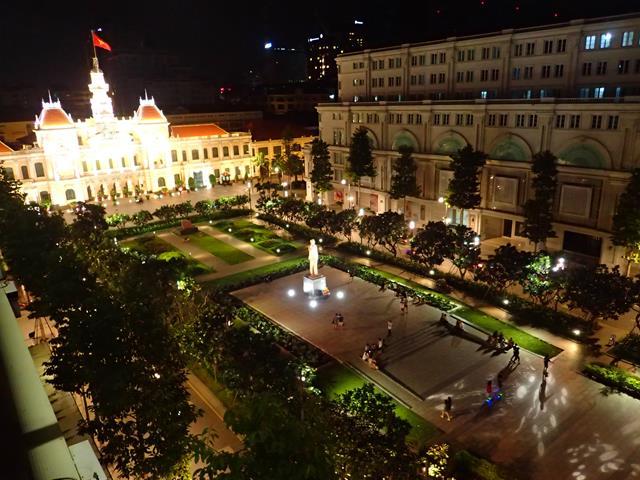 In the end, while Vietnam was a great trip and an incredible country, the lack of a formal legal system was a fundamental issue. Incredibly, at that time there was no established and documented legal process to adjudicate a contract dispute. This is hard to even imagine. The system was too informal. Coming from a common-law system, not having a clearly defined process is unfathomable.

Property rights and the need for local partners to own land was also unfavorable to our group. There were also the vast distances to travel to arrive in Vietnam. And then, even after arriving, the 12-hour time difference to the east coast of the U.S. would make doing business more difficult than working in the Western Hemisphere. For all of these factors, especially lacking a long-term personal history in the country and a “boots on the ground” presence, setting up a plantation in Vietnam was risky at best, foolish at worst.

Thus, after the trip, our decision as a group was to focus on Panama as a jurisdiction for the plantation. Next week I’ll relate the adventures of finding a property and selecting a forestry manager, and I’ll offer more insights on my reasons to include a teak plantation for my family’s long-term, generational wealth stewardship strategy.

Here is an amazing article to explain more about teak: The Ultimate Guide To Investing In Teak Wood

Until next time, explore for the adventure and opportunity.

Why Invest in the Philippines?

Sponsoring Family Members to Australia: Is it Possible?

How to Plan and Report an Offshore Business