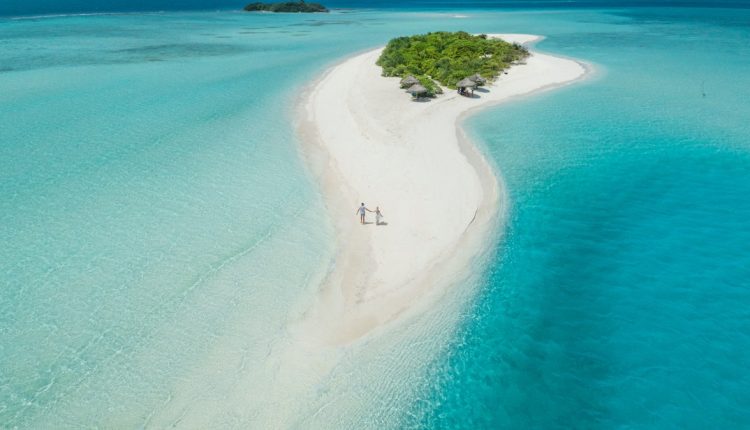 A Warm Welcome to Our New Team Member!

We would like to introduce our new team member, Mikkel Thorup, to the Escape Artist readers! Mikkel is the author of Expat Secrets: How to Pay Zero Taxes, Live Overseas & Make Giant Piles Of Money and has 20 years of experience traveling around the world, visiting over 100 countries!

Since the early 2000s, Mikkel has lived as an expat, calling home to Central America, the South Pacific, Asia, the Middle East, the Arctic, and North America.

While traveling the world, he has paid attention to various investments and businesses and has taken advantage of many opportunities he has come across.

“Mikkel Thorup has made it his mission to serve others and constantly gives back to the community by sharing his knowledge in entrepreneurship with the hopes of impacting others in a positive manner.”

For more information on Mikkel, you can subscribe to his podcast or read his new book!

Where in the World?

Choosing where to live can be a hard decision. Luckily, there are many resources that allow us to hear how expats all around the world are liking their life offshore.

Many seek out the United States and Asia, but the most recent HSBC poll found that the top countries for expats are in Europe or the Middle East. Based on the answers of 22,318 expats in 163 different countries, the poll explored different aspects of expat life including work, earning prospects, happiness, and more.

While the U.S., Canada, Hong Kong, and Singapore remained usual front-runners in the top 10, the top 5 nations for expats were in Europe and the Middle East! Below are the top 5 countries for expats according to the HSBC poll.

If you need help deciding where you should start your expat journey, you may be happy with the news coming next!

Catch Me in the Maldives

Many are aware of how wonderful the islands of the Maldives can be. Located in the Indian Ocean, the white sand and clear waters attract visitors from all over the world. At the end of 2018, one island in particular has caught the eye of many, and the island resort was named the world’s best new luxury hotel.

The Kudadoo Maldives Private Island is a 15-residence private retreat that is completely solar powered! The hotel opened in December of 2018 and features dwellings over the beautiful turquoise waters of the Lhaviyani Atoll.

Guests can also enjoy a 44-square-meter infinity pool and a private butler.

If this winter gets too rough, you may be catching wind that I’m writing these weekly round-ups from the first Himalayan salt chambers in the Maldives.

Thank you for reading this week’s round-up! If you’re interested in learning what it’s like to become an expat, don’t hesitate to ask some questions. At Escape Artist, we aim to ensure that your travels abroad run as smoothly as they can.

Whether you are planning on living, working, retiring, or investing overseas, Escape Artist can help you every step of the way. Don’t forget to check out the eBook store for the 2018 Expat Tax Guide and our wonderful country guides!

For more information on what’s going on in the international scene, check out some of this week’s newest articles!

Getting Residency in Great Britain

There has been a lot of speculation as of late about the power and relevance that still remains in Great Britain after Brexit. Brexit was a disappointment for many, but it has not dissuaded many Americans from investing in Great Britain or retiring in the country.

Great Britain boasts a powerful economy, unique landscapes, strong financial institutions whose footprints extend all across the globe, and a culture unlike anything you will find anywhere on earth.

I would describe Great Britain as one of those places that you either love or you hate. Living in Great Britain is not for everybody. Compared to other countries that I have mentioned in this series of articles, Great Britain might be the most divisive of all.

Imagine the fast lifestyle of New York, the bleak and unforgiving climate of Western Europe, the conservative views of some states in the U.S., and the…

Getting Residency in Greece

Greece has been in the news recently and not for good reasons. The news that Greece was in trouble economically was no secret, and this made many foreigners avoid visiting Greece as they feared an economic collapse would render all of their money useless.

I would be the first to admit that, like the many Americans that were dissuaded to visit Greece, I was also afraid of going to Greece and investing in the country. I also told many of my clients to avoid Greece at all cost.

While the banks had trouble adjusting to the harsh times that the country was facing, the financial institutions that call Greece their home continued strong – and because of this, they managed to salvage a good portion of the faith that the banks had in the country.

There is a lot of future in Greece’s economy, especially considering its…

Move Your Business to the Cayman Islands

Most dismiss the Cayman Islands as an investment opportunity because of the high costs and difficulties of getting residency. One tax program and one company are trying to change that image one business at a time… and having amazing results.

Thanks to the rumors and slander, the economy of the Cayman Islands has suffered a bit. The Cayman Islands is a gorgeous country that boasts fantastic tropical beaches and a warm and amiable population.

Do not listen to what the media has to say about the place. You can get ahead in this hypercompetitive market by opening your business in the country and by using tools that have been present for a long time.

Tax law in the Cayman Islands is a subject that has had its fair set of changes in the last decade. Still, this should not be a problem to foreign investors as…

An Individual Retirement Account has become one of the most important financial tools any savvy hard working American should look into, as it is one of the most practical ways to save for your retirement.

There are many forms of Individual Retirement Accounts, a Roth IRA, traditional IRA, deductible IRA, etc. I have written several articles about how an IRA might be extremely useful if you wish to retire abroad, but many Americans are still resisting the idea.

They believe that there is some kind of international law that will make it hard for their money to transfer into foreign currency. This fact is wrong, and it is one of the many details that people get wrong about how an IRA works.

Some aspects about an Individual Retirement Account are only known by…

I mentioned in my previous two articles how basically anyone can invest their money like a billionaire. The key is to consider asset protection in the form of opening an offshore bank account to handle your savings.

The United States taxes on worldwide income, so in most cases if you are making your money overseas, you have to pay taxes in the United States and taxes for the money that you make in another country. That is to say, asset protection is about protecting your assets and not reducing your US taxes.

If you think this sounds unfair, you are not the only person who thinks this way. Think about it, you get taxed for all of the money that you earn while living in the United States and overseas, even though…

There is something special about Belize, and it’s not just tourists who have figured that out. Beyond the beaches and the clear water and the sunshine, Belize offers a lot of financial benefits to business owners and investors alike.

Belize can be the ideal environment for a new business, but it is still important to know what you’re getting into and what the startup process entails. If you’re considering…

A Guide to Buying Real Estate in Belize

What do you know about Belize? If you’re like most people, you already know that Belize is a beautiful destination in the heart of Central America. Perhaps you already know that Belize is a stable jurisdiction with a low cost of living and an amazing climate. Maybe you’ve heard about the potential for offshore investments or even the growing tourism and vacation rental market.

Whatever you’ve heard about Belize may be pushing you toward investing in the country yourself. Buying real estate in Belize is a popular option because…

This article was published in the Escape Artist Weekly Newsletter on January 11, 2019.

Make sure to read The Ultimate Guide to Going Offshore.  You can download a copy for your personal library!